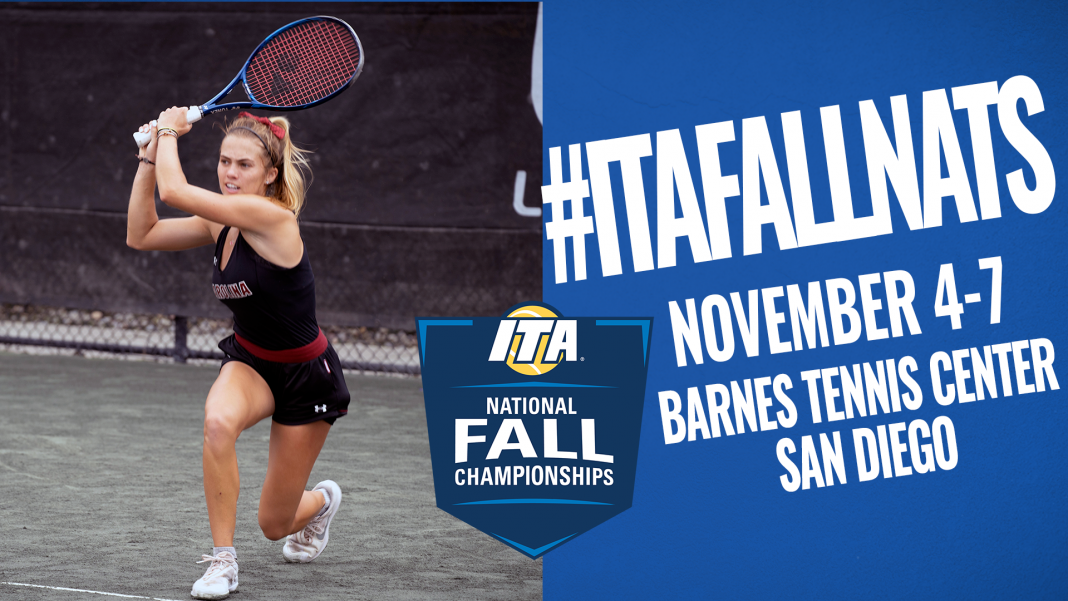 The fall portion of the collegiate tennis season has reached its apex.

Featuring many of the nation’s elite singles and doubles competitors, the 2021 ITA National Fall Championships gets underway from the Barnes Tennis Center in San Diego on Thursday, November 4, and concludes Sunday, November 7.

Singles and doubles are each draws of 32, with the largest portion of automatic qualifiers in all draws coming from the 2021 ITA Division I Regional Championships.

Be sure to bookmark the ITA National Fall Championships tournament page to view player selections, draws, schedules, and live scoring and streaming links. Live scoring for the event is courtesy of Tennis Ticker, while Track Tennis is the live streaming provider.

We are excited to announce that Cracked Racquets will be broadcasting throughout the championships. Utilizing its “redzone coverage”, Cracked Racquets will spotlight many of the matches at Barnes Tennis Center, with commentary and analysis. They’ll also conduct interviews with players and coaches during the event. You can catch all of the Cracked Racquets coverage on their YouTube page.

Now in its fifth year, the ITA National Fall Championships replaced the National Indoor Intercollegiate Championships in 2017. Combined, the men’s portion of the fall national championship event dates back to 1978. For the women, their history goes back to 1984.