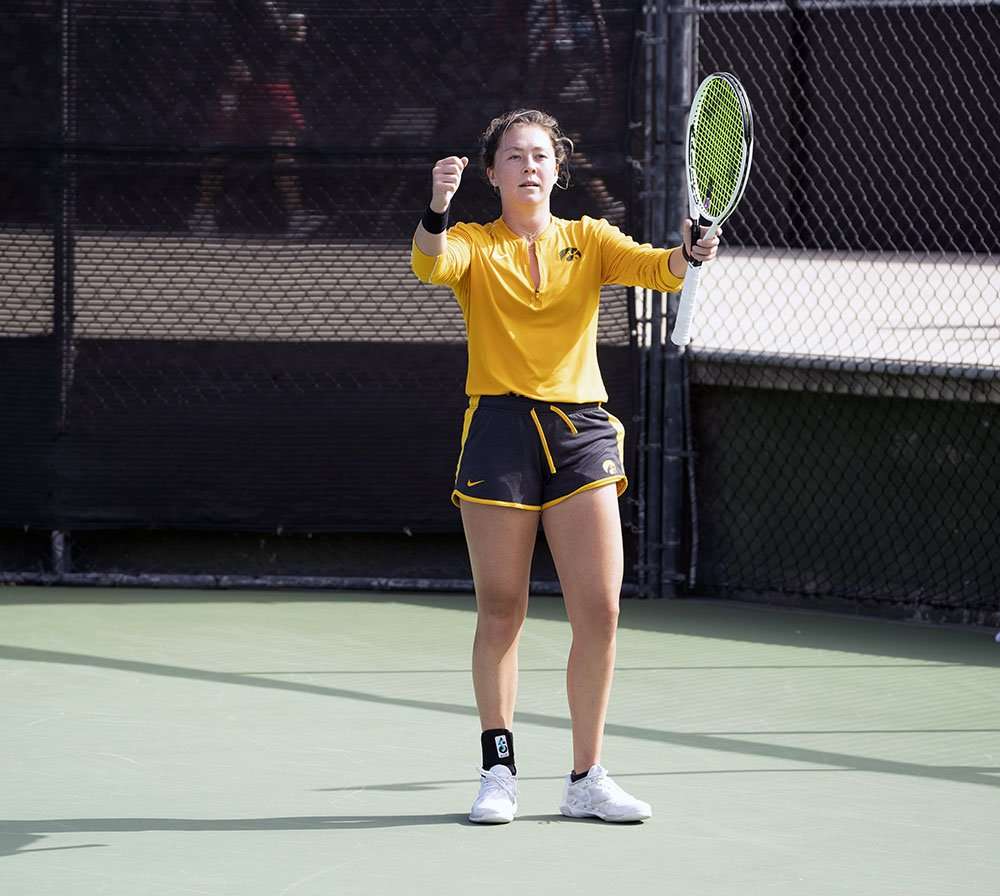 Day two of the 2021 ITA National Fall Championships featured two rounds of singles competition, and a round of doubles. Following the full slate of play at Barnes Tennis Center in San Diego, we’ve moved into the semifinals in singles and quarterfinals in doubles.

The ITA National Fall Championships tournament central page is the place to go for updated draws and schedules, in addition to live scoring and live streaming links.

Perhaps the match that best captured the spirit of the day was the women’s singles quarterfinal contest between Iowa’s Alexa Noel and South Carolina’s Sarah Hamner.

Noel and Hamner had met earlier in the fall season; in fact, it was the final of the 2021 ITA Women’s All-American Championships. Noel was one of two players that week to win a set off of Hamner, but the South Carolina freshman emerged victorious from that contest to lift the champion’s trophy.

Hamner, who fought off a match point in her Round of 16 victory over USC’s Salma Ewing earlier in the day, denied No. 6 Noel from clinching the match on four occasions in the third set. After battling back to even the set 5-5, No. 3 Hamner won her third straight game to move ahead 6-5 and four points from victory.

Now with her back to the wall, Noel mustered up the strength to win the game and force the set, and match, into a tiebreak. In that tiebreak, Noel maintained the momentum from the previous game and won the breaker 7-1 to earn the 6-0, 2-6, 7-6 (1) victory.

Noel will take on No. 5 Eryn Cayetano of USC in the semifinals. Cayetano bested St. Mary’s Mariia Kozyreva in the quarterfinals. Kozyreva scored a win over No. 1 seed Abby Forbes of UCLA in the Round of 16.

In men’s singles, top-seeded Clement Chidekh of Washington will take on No. 3 August Holmgren of San Diego in one semifinal. Stanford’s Arthur Fery, the No. 2 seed, faces Ohio Sate’s Matej Vocel in the other semifinal.

Vocel and teammate Robert Cash are the No. 1 seeded team in doubles, and are through to the quarterfinals. All eight seeded teams are still in the mix in women’s doubles, led by Women’s All-American champions and No. 1 seed from Wake Forest, Anna Brylin and Brooke Killingsworth.

There’s two rounds of doubles play scheduled for Saturday, which will move the draws into Sunday’s championship matches.