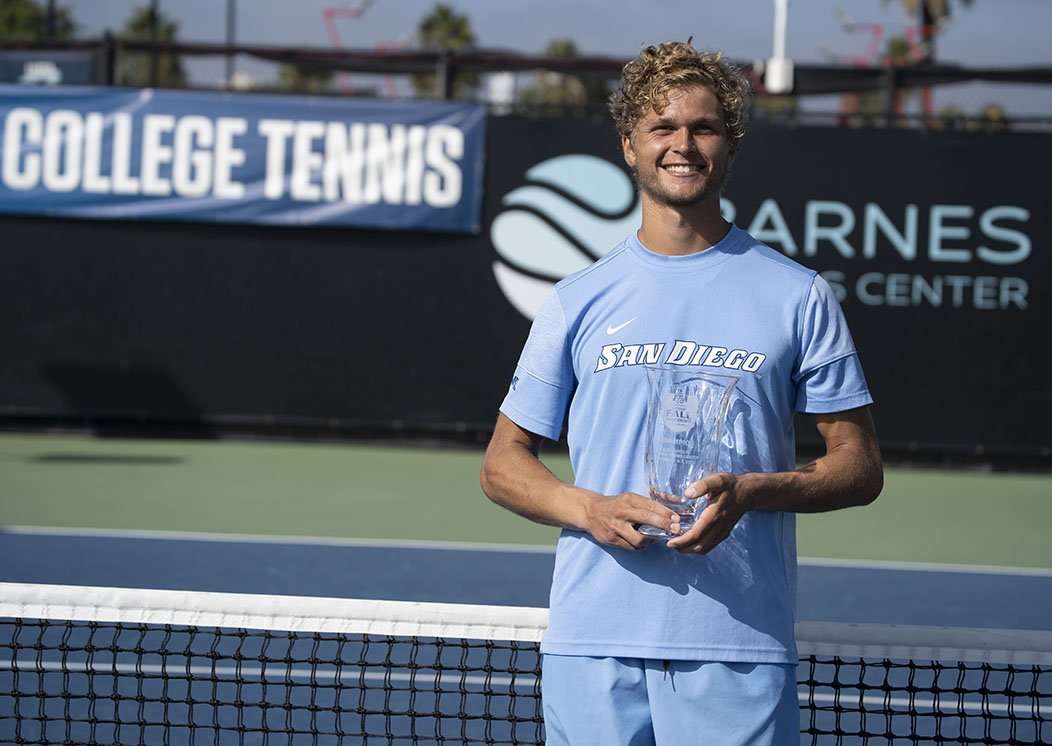 August Holmgren, buoyed by many in attendance cheering him on, became the first University of San Diego player since 1992 to win the men’s singles ITA’s National Fall Championship. Holmgren, the No. 3 seed in the draw, outlasted Stanford’s Arthur Fery 6-4, 3-6, 7-5 in a thrilling championship match.

Fery, who was attempting to become the first player since 2007 to win the National Fall Championship singles and doubles title in the same year, returned to the courts later in the day for doubles.