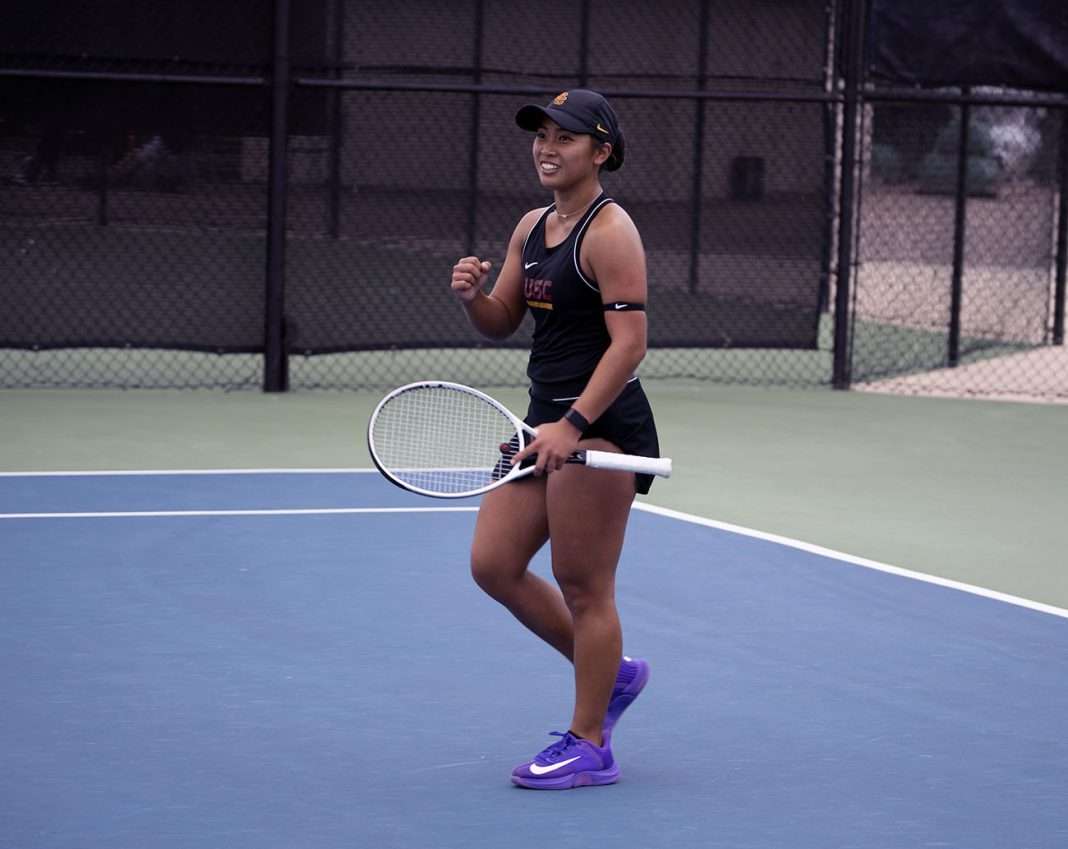 We’ve advanced to the championship matches at the 2021 ITA National Fall Championships. Semifinal Saturday was played under sun-drenched skies on a beautiful fall day at the Barnes Tennis Center in San Diego.

University of San Diego’s August Holmgren, the No. 3 seed, is through to his second straight ITA national tournament men’s singles final. Holmgren outlasted No. 1 seed Clement Chidekh of Washington in three sets 6-0, 1-6, 6-3 to advance.

Stanford’s Arthur Fery knows all about three set battles. The No. 2 seed has played in three straight three-setters and won them all, including Saturday. Fery bested No. 5 Matej Vocel of Ohio State 7-5, 4-6, 7-5 to reach the final.

Fery and Vocel will see one another again, as their respective doubles teams advanced to the championship match. Fery and Alex Rotsaert, seeded fourth, take on the No. 1 duo of Vocel and Robert Cash.

Fery will attempt to be the first men’s player since Somdev Deyvarman of Virginia in 2007 to win the singles and doubles title at the National Fall Championships.

Eryn Cayetano of USC continued her stellar play on Saturday. Cayetano, the No. 5 seed topped No. 6 Alexa Noel of Iowa 7-5, 6-3 in the semifinals. Cayetano has yet to drop a set this week at the Barnes Tennis Center.

Facing Cayetano in the women’s singles final is No. 2 seed Daria Frayman of Princeton. Like Cayetano, Frayman has been on a roll this week and also hasn’t yielded a set in her four matches. Frayman advanced to the final with a 7-5, 6-1 victory over Ohio State’s Irina Cantos Siemers.

Old Dominion’s Yuliia Starodubtseva and Tatsiana Sasnouskaya are in the women’s doubles final for the second straight ITA national tournament. The ITA All-American finalists bested No. 8 Morra/Tanguilig of North Carolina and No. 2 Makarova/Goldsmith of Texas A&M in the quarterfinals and semifinals on Saturday.

The No. 3 Monarchs will take on another UNC team for the championship. Fourth-seeded Fiona Crawley and Elizabeth Scotty paved their way to the final with wins over No. 6 Collins/Chavatipton of Texas and No. 7 Herrero Linana/Krywoj of Baylor.

The recipients of the 2021 ITA National Fall Championships Sportsmanship Awards are Clement Chidekh of Washington, and Eryn Cayetano of USC.