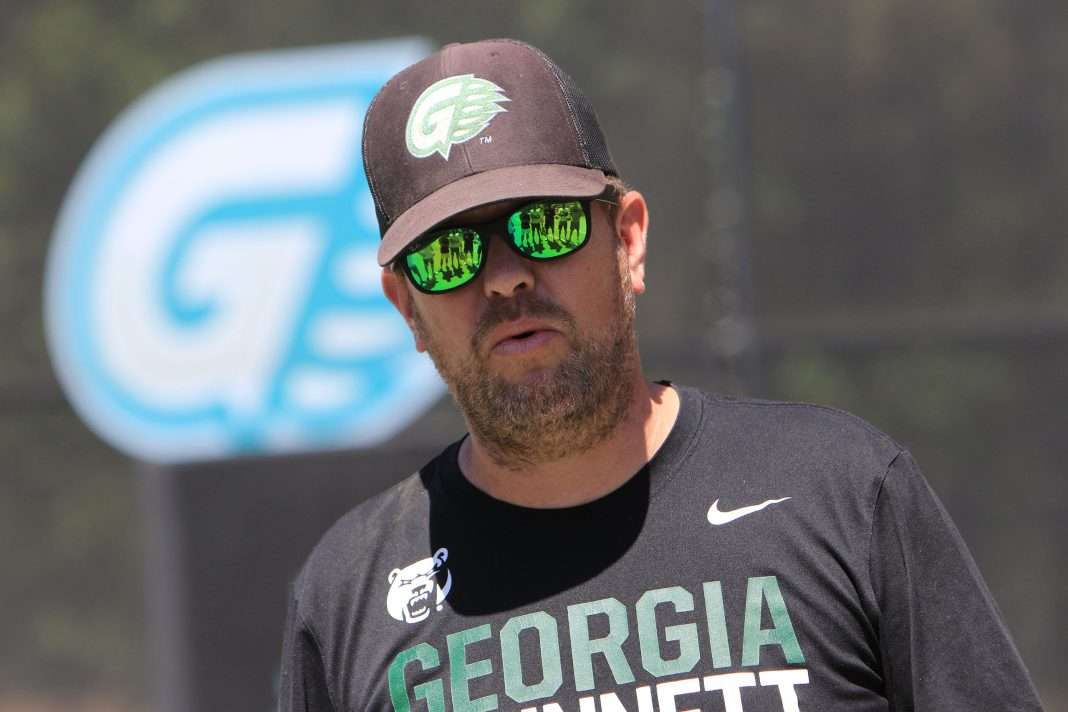 Georgia Gwinnett’s men’s and women’s tennis coach, Chase Hodges, has been selected as the recipient of the 2021 ITA Meritorious Service Award presented by ConantLeadership.

The ITA Meritorious Service Award is given annually in recognition of an ITA coach who has gone “above and beyond” in their commitment and contributions to the ITA and college tennis in general. As part of receiving the Meritorious Service Award, Hodges, courtesy of the ITA and ConantLeadership, will attend the 2022 ITA Leadership Weekend in New York City, where he will be recognized with other ITA Award winners the weekend before the start of the 2022 U.S. Open – barring any changes due to health and safety precautions.

“A leader in every sense, Chase Hodges has built the Georgia Gwinnett tennis program into one of the strongest in the nation, across all divisions of college tennis,” said ITA CEO Dr. Timothy Russell. “Chase is actively involved in our Association and sport, from serving on our NAIA Operating Committee and our ITA Operating Council to routinely offering to host regional and national-level tournaments. I thank Chase for his passion and commitment to college tennis, and congratulate him on earning this prestigious honor.”

A 13-time NAIA Coach of the Year, and 8-time Wilson ITA Coach of the Year, Hodges has constructed a dynasty at Georgia Gwinnett. As the program’s first head coach, Hodges has guided the men’s and women’s teams to a combined 13 NAIA National Championships. He’s also seen the men through to 147 consecutive dual match victories; a streak that’s the longest of any team sport in the history of collegiate athletics.

In addition to the on court excellence, Hodges routinely finds ways to give back to, and help promote, collegiate tennis.

Hodges was instrumental in bringing the Special Pops Tennis Coordinator program to Georgia Gwinnett; the program has helped introduce the sport of tennis to hundreds of children in Gwinnett County with intellectual disabilities. He serves as the Chair of the ITA’s NAIA Operating Committee, and has served as organizer and tournament director for numerous ITA, USTA, and Universal Tennis events.

“I am extremely humbled to have been selected for this prestigious award,” said Hodges. “It’s an honor to be included with the list of past recipients since 2014. Collegiate tennis coaching has been a huge part of my life over the past 23 years and I’m thankful to have had many opportunities to give back to the sport. My sincere thanks to the ITA and Conant Leadership for putting me in a position to serve and make an impact in my local Gwinnett communities. Once again, I’m deeply honored to receive this recognition.”

Prior to joining Georgia Gwinnett, Hodges spent time as a coach at Longwood, UNC Asheville, Drake, and Georgia State. Hodges owns a career 585-113 (.838) combined men’s and women’s record as a head coach, including a 387-63 men’s record.