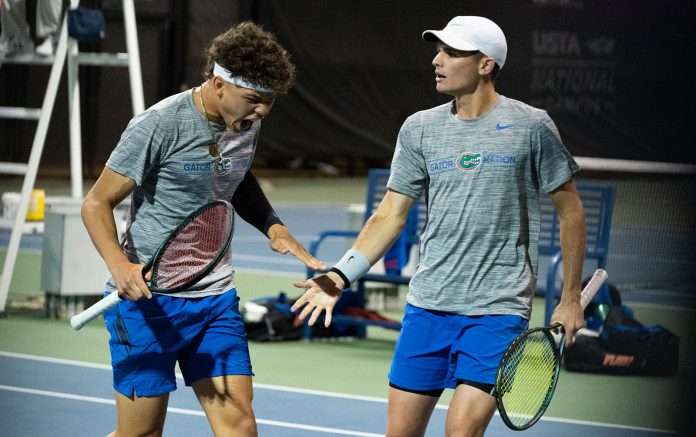 Defending NCAA Champion, the University of Florida, are the No. 1-ranked team. The Gators, who won the program’s first NCAA national title in 2021, received all 12 first-place votes from the National Ranking Committee. Florida returns a deep and experienced roster in 2022, led by 2021 NCAA National Singles Champion, Sam Riffice, and 2021 ITA Men’s All-American Singles Champion, Ben Shelton.

Ohio State finished the fall with the nation’s No. 1- and No. 2-ranked doubles team. The duo of Robert Cash and Matej Vocel are No. 1 following a perfect fall. Cash and Vocel won the ITA Men’s All-American Championships and ITA National Fall Championships national titles, and finished with a 14-0 record.