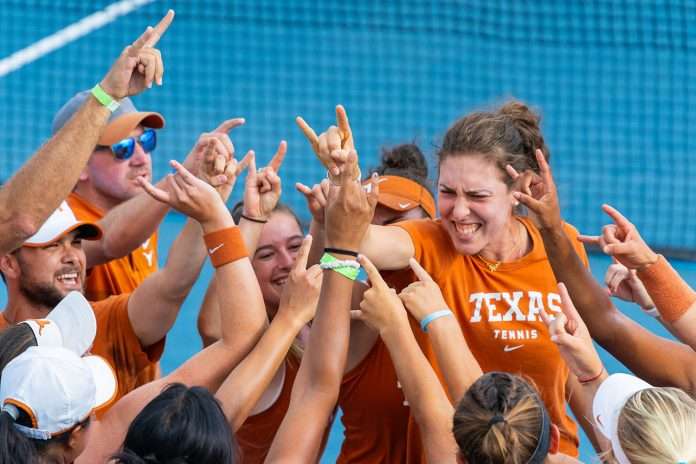 After a nearly flawless spring season in 2021, the reigning NCAA National Champions, Texas, will begin its 2022 campaign right where they left off last spring. The Longhorns earned the top spot in the January 5, 2022, Division I Women’s ITA Preseason Top 25 Coaches Poll.

Sitting just above No. 2 Pepperdine, the Longhorns return five key contributors from last year’s team to set up Head Coach Howard Joffe and Texas with high hopes once again this season.

Princeton makes its return to the rankings at No. 23 after the Ivy League opted out of competition last spring due to COVID-19. Showing no signs of rust, the Tigers looked ready to attack this past Fall and will enter 2022 with three players currently ranked within the top 60 of the ITA Collegiate Singles Rankings.

It was the Pac-12 who had two of the biggest risers in the coaches poll as USC and Stanford both saw their stock rise after strong fall campaigns. The Trojans saw the biggest jump moving up nine spots to No. 18 and now sit just one spot behind the Cardinal, who moved up six spots to No. 17.

Across all conferences, the ACC totaled the most teams in the Preseason Top 25 with seven selections, one more than the six selections from the SEC.