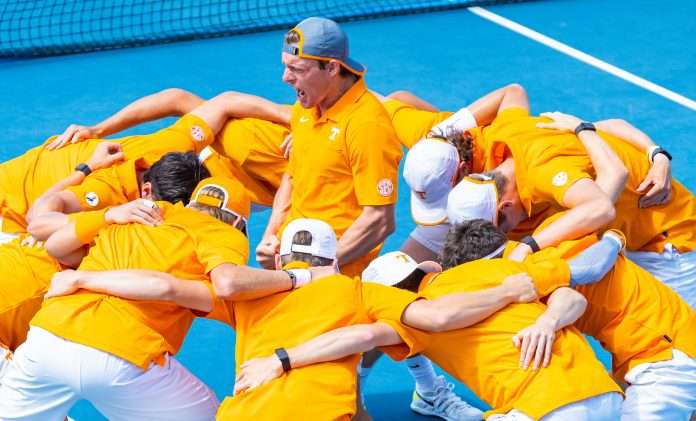 Fresh off an eventful first week of play, it is the Tennessee Volunteers taking over as the nation’s No. 1-ranked team, receiving eight first-place votes from the ITA National Ranking Committee in the January 19 DI Men’s ITA Top 25 Coaches Poll.

Going 3-0 on the week, the Volunteers capped off their impressive first week of play with a hard-fought 4-3 victory over TCU (previous No. 5) who was fresh off of a 4-3 victory over preseason No.1 Florida.

With the win over Florida, TCU jumps up to No. 3 in this week’s poll alongside the Gators (tied No. 3) who fall two spots after going 1-1 on the week, including a bounce-back win over previously third-ranked Texas on January 16.

The SEC remains atop all conferences, having eight teams in the Top-25, twice as many as the next closest conference, the Big-12, which has four teams represented.