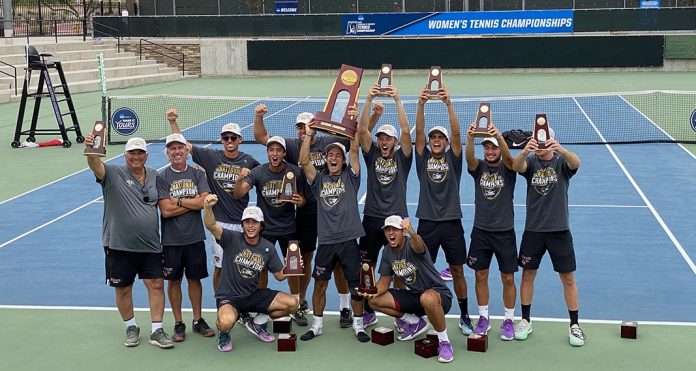 After securing their second-straight NCAA Championship in 2021, the Barry Buccaneers will enter this spring atop the rankings earning all eight first-place votes in the January 20 Division II Men’s ITA Preseason Top 25 Coaches Poll.

Returning all but two players, the Buccaneers first-year Head Coach Thomas Hipp will have high expectations to meet this season as he looks to build on the success of former Head Coach, Dr. George Samuel.

The 2021 NCAA National Runners-Up, Columbus State enter this season as the No. 2-ranked team in the country, while Saint Leo (No. 3), Hawaii Hilo (No. 4), and Valdosta State (No. 5) round out the top-five.

Across the country, the South and Southeast regions stand out amongst the field combining to have 14 schools in the Preseason Coaches Poll, including seven of the Top-10 teams.

The Gulf South Conference leads all conferences with five teams in the Top-25, while the Pacific West Conference, Peach Belt Conference, and Sunshine State Conference all have four teams represented.