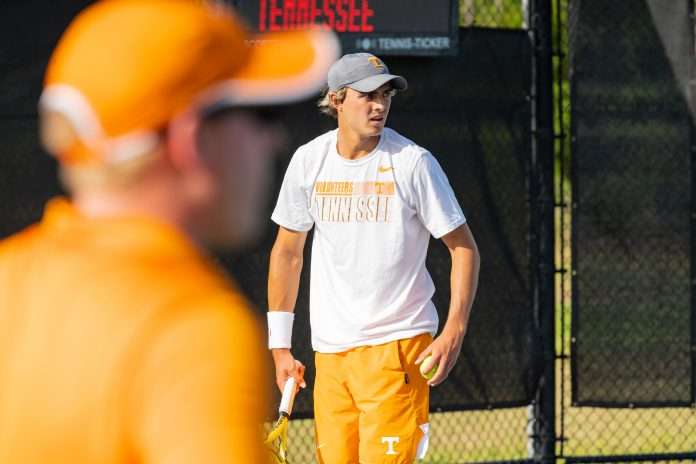 After a week in which there were nine Top-25 matchups across the country, it is the Tennessee Volunteers remaining atop the  ITA Collegiate Tennis Division I Men’s Top 25 Coaches Poll, receiving all 12 first-place votes in the January 26 poll.

Still unbeaten on the season, the Volunteers survived a tough test from No. 10 Wake Forest this past week, pulling out a 4-3 victory over the Demon Decans for their second Top-10 win of the young season.

Ohio State moves into the Top 5 this week after taking down Illinois (previously No. 23) 4-0 for their first Top-25 win of the season. The Buckeyes who had an outstanding fall season, look to be riding the momentum straight into the spring as they will head to the ITA Kickoff Weekend 3-0 on the season.

Pepperdine saw the biggest jump in the rankings since the January 19 Coaches Poll, as they moved up seven spots from No. 22 to No. 15 after taking on two ranked opponents this past week. Falling in a hard-fought match to Stanford (previous No. 16) to open the season, the Waves bounced right back later in the week taking down Arizona (previous No. 14) 5-2 in their home opener.

This week’s Top 25 Coaches Poll is still paced by the SEC who places eight teams within the January 26 Coaches Poll. Of these eight teams, five rank within the Top-15 which of itself would be more than the next closest conferences representation.