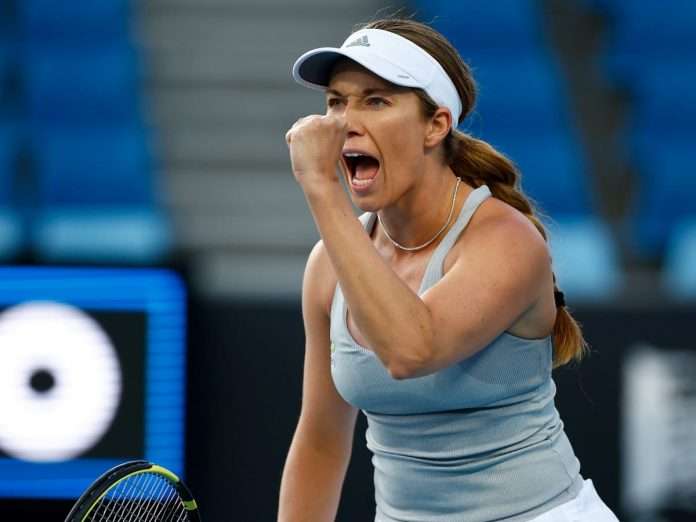 For Danielle Collins and Anna Danilina, these past few weeks have been nothing short of a dream. With a Grand Slam Final appearance on the horizon for both players, the 2022 Australian Open has been career defining for both of these former collegiate athletes.

A two-time NCAA Singles Champion at Virginia, Collins has always had a heart of a champion and a fiery competitive spirit which has been on full display during her run through the Singles Draw at this year’s Australian Open.

Coming in as the 27th seed, Collins has not had an easy road to the Final taking down many of the world’s top-ranked players to reach this career milestone.

Earning straight-set victories in Round One and Two, Collins was put to the test in the Third and Fourth rounds, fighting her way back after dropping the first set in both.

Making quick work of Alize Cornet (No. 61) in the Quarters, Collins faced her toughest test yet in the Semifinals against world No. 9 Iga Swiatek.

Up for the challenge, Collins never backed down and dominated her Semifinal match, winning 6-4, 6-1 over Swiatek to advance to her first-ever Grand Slam Final.

Collins is now set to face world No. 1 Ashleigh Barty in the Final and will look to become the first former collegiate alum to win a Grand Slam Singles Title since 1979 when Barbra Jordan (Stanford) won the Australian Open. This title match will also mark the first time a Women’s NCAA Singles Champion has reached a Grand Slam Final.

As a four-time ITA All-American at Florida, Danilina did not come into the 2022 Australian Open with a lot of attention having only made one Grand Slam Main Draw in her career.

Not letting history get in the way of performance, Danilina cruised to a straight-set victory in the First Round, before fighting back from first set deficits in the Second and Third Round with her partner Beatriz Haddad Maia.

In the Quarters, the duo took on the fellow success story of Peterson and Potapova who proved to be yet another challenge.

Falling in the first set 4-6, the tandem fought back to take the next two sets 7-5, 6-3 to clinch their spot in Semifinals. Here Danilina would face another former college alum, Ena Shibahara (UCLA) and her partner Shuko Aoyama.

Having never even advanced past the first round in her young professional career, Danilina and Haddad Maia looked like seasoned vets against the No. 2 seeded Shibahara and Aoyama, winning 6-4, 5-7, 6-4 to advance to the Finals.

Set to take on the No. 1 seeded Krejcikova and Siniakova, Danilina will be the first college alum to make an appearance in a Grand Slam Women’s Double Finals since Alexa Guarachi (Alabama) and Desirae Krawczyk (Arizona State) reached the 2021 French Open Final.

Times for these Finals matches will be announced in the coming days.

For a complete schedule of all the remaining Australian Open matches, you can click here.