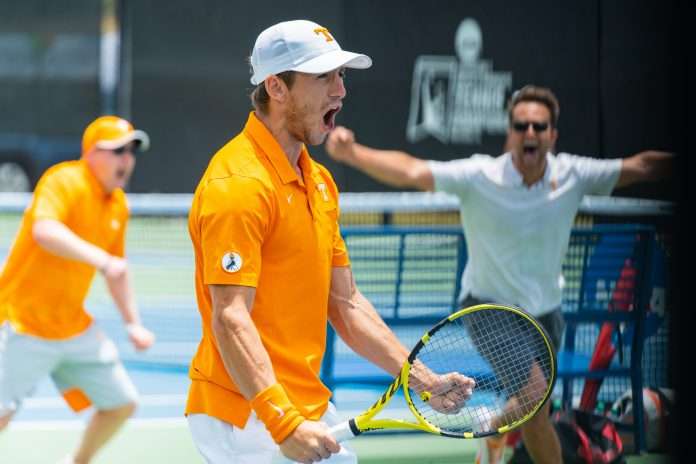 After an impressive showing during the 2022 ITA Kickoff Weekend, the Tennessee Volunteers remain atop the Division I Men’s ITA Collegiate Tennis Top 25 Coaches Poll, receiving all twelve first-place votes in the February 2 Poll.

Securing two 4-0 victories over Old Dominion and Memphis, the Volunteers looked to be in full control at the Knoxville Regional, securing their place in the upcoming ITA Men’s National Team Indoor Championship with the wins.

The remainder of the Top-10 remains unchanged since last week, as all ten teams punched their tickets to the National Team Indoor Championship.

Texas A&M (No. 14) and Harvard (No. 19) were the two biggest movers this week moving up five spots each since the Jan. 26 Coaches Poll, while NC State (No. 24) makes the jump into the Top-25 after going 1-1 against two ranked teams during Kickoff Weekend action.

It is the SEC who still lays claim to the most teams in the Top-25 having eight selections in the Feb. 2 Poll. This includes seven teams who clinched a spot into the ITA National Team Indoor Championship this past weekend.