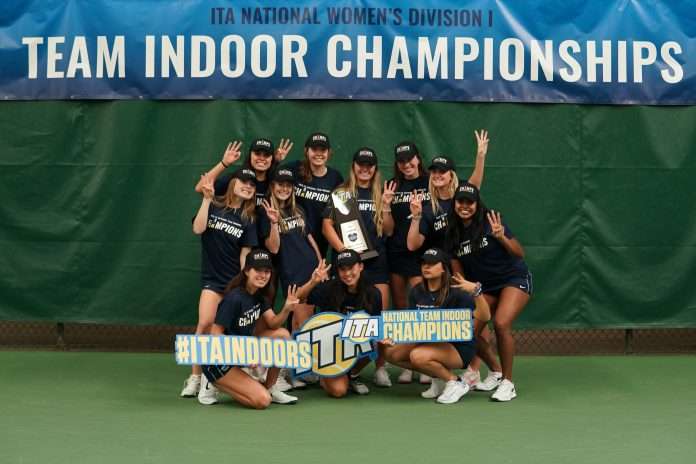 North Carolina, fresh off its victory in the 2022 ITA Division I Women’s National Team Indoor Championship, is the new No. 1-ranked team in the ITA Collegiate Tennis Division I Women’s Top 25 Coaches Poll released on February 16.

Oklahoma had a historic run in Madison, reaching the final for the first time in program history. The Sooners handed previous No. 1 Texas (now No. 3) its first loss of 2022 in the tournament, and also defeated T-No. 5 Pepperdine en route to the championship match.

North Carolina State moved into the Top 5 with its run to the indoors semifinals. The Wolfpack are currently ranked No. 4. Virginia is tied at No. 5 with Pepperdine, giving the ACC three teams in the Top 5.

California, Georgia, Texas A&M and USC round out the Top 10.