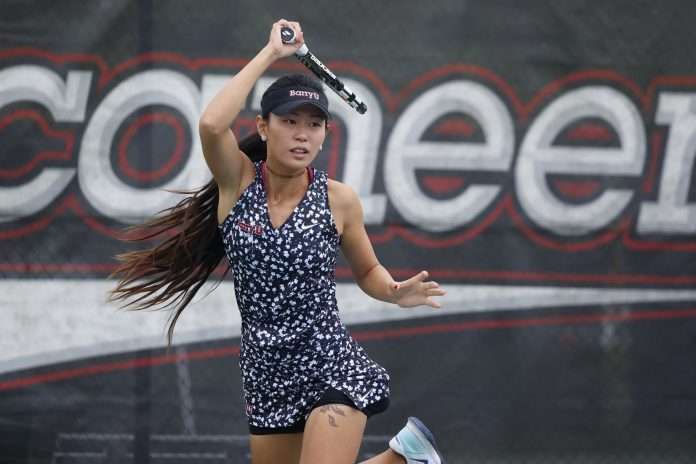 The Barry Buccaneers hold steady as the No. 1 ranked team in the Feb. 17 Division II Women’s ITA Top 25 Coaches Poll after receiving all eight first place votes for the second straight rankings release.

Starting the spring season 4-0, the Bucs have already picked up a Top-Ten win this spring taking down Flagler (previous No. 6) 7-0 in their third match of the season.

Hawaii Pacific jumped up six spots from No. 13 to No. 7 since the Division II Women’s ITA Preseason Top 25 Coaches Poll. This comes after the Sharks secured wins over Azusa Pacific (previous No. 7) as well as Biola (previous No. 24) at the Hawaii Invitational.

Two teams made their first Top-25 appearance of the season in the Feb. 17 Coaches Poll as Point Loma Nazarene University (Calif.) (No. 23) and Mississippi College (No. 24) both make the jump after not being ranked in the Preseason Top-25.

It is the Sunshine State Conference and the Pacific West Conference leading the way once again in the Feb. 17 Coaches Poll as each place five representatives within the Top-25.