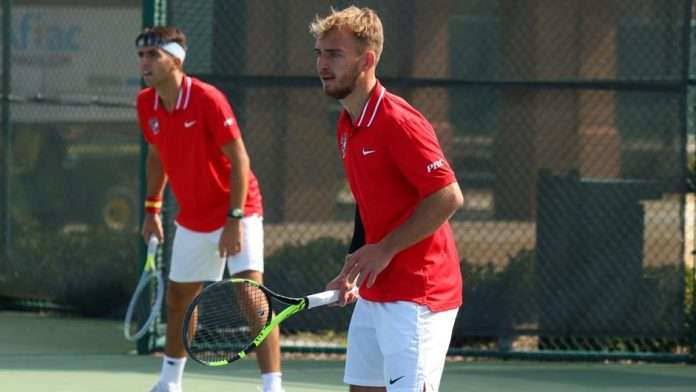 There is a new No. 1 in the February 17 Division II Men’s ITA Top 25 Coaches Poll as Columbus State takes home all nine first-place votes to move into the No. 1 position.

Off to a 4-0 start to the season, the Cougars have already secured two Top-25 victories this Spring taking down Auburn University Montgomery (previous No. 14) and West Alabama (previous No. 25) in dominant fashion.

Lynn, who dethroned Preseason No. 1 Barry this past Monday, saw a big jump in the rankings moving up ten spots from No. 13 to No. 3 in the Feb. 17 Coaches Poll.

Sights will now turn to Indianapolis, In. as the 2022 ITA DII Men’s National Team Indoor Championship kicks off Friday, Feb. 18 and runs through Sunday, Feb. 20 from the UIndy Tennis Center.

Here, eight Top-25 teams will all converge to compete for the National Indoor Title which Columbus State (No. 1) has taken home the past two seasons.