ITA #WeAreCollegeTennis
Home College Tennis News DII Men First Round of Action Comes to a Close at the 2022 ITA... 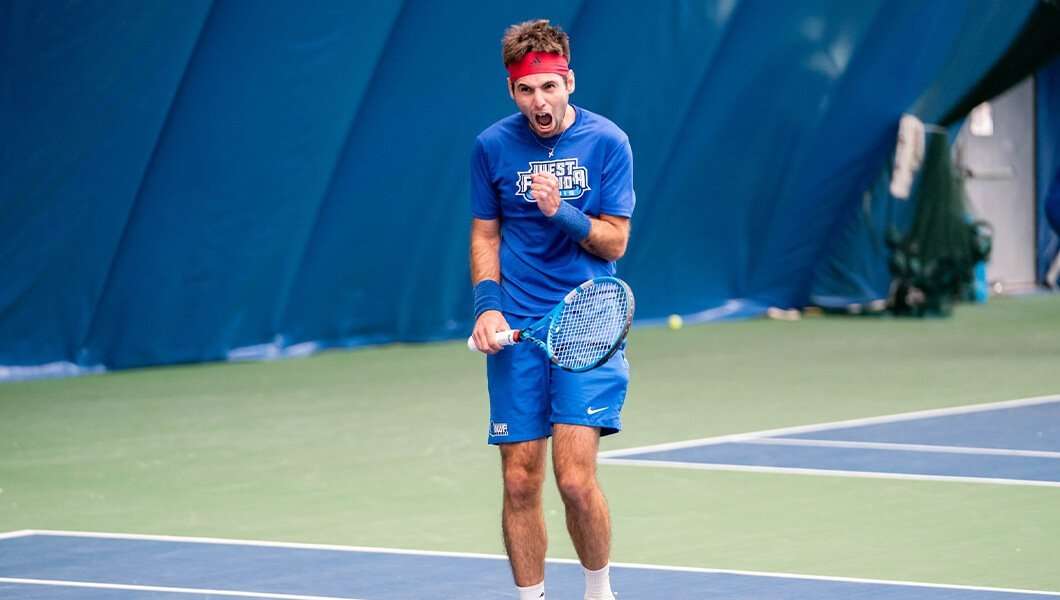 As the No. 1 seed in the third annual DII Men’s Indoor Championship, Barry got things started this morning taking on a tough test in Delta State (8).

After coming out a bit slow and dropping the doubles point, the Buccaneers kicked it into gear in singles play winning on courts No. 3, No. 4, No. 5, and No. 6 to clinch the First Round match and advance to the Semifinals.

In our second match of the day, Hawai’i Hilo (4) and West Florida (5) battled it out in what was a matchup between the East and West coasts.

Getting out to a strong start in doubles play, the Argonauts rode this momentum into singles play where they were able to secure three more points to wrap up the match. West Florida will now move on to tomorrow’s Semifinals where they will take on top-seeded Barry.

In the afternoon portion of play, Columbus State, who recently moved up to the No. 1 spot in the Feb. 17 DII Top 25 Coaches poll, cruised to a 4-0 victory over conference foe North Georgia.

With the victory, the Cougars keep their hopes for a three-peat alive as they have taken home the DII Men’s Indoor Championship each of the first two years of its existence.

In the most heavily contested contest of the day, Saint Leo (3) and hosts UIndy (6) battled it out for the lone spot remaining in the Semifinals.

After the Lions took the doubles point in a tiebreak on court one, the Saint Leo had some more heavy sleding to do before they finally clinched the match on court six to advance to the Semifinals where they will face Columbus State (2).

Tomorrow’s action is slated to kick off once again at 8 am (ET), while the two Semifinal matches are scheduled for 11 am (ET) and 2:30 pm (ET). Once again, fans can tune into the action as well as follow along with live stats via our Tournament Central Homepage which can be found here.