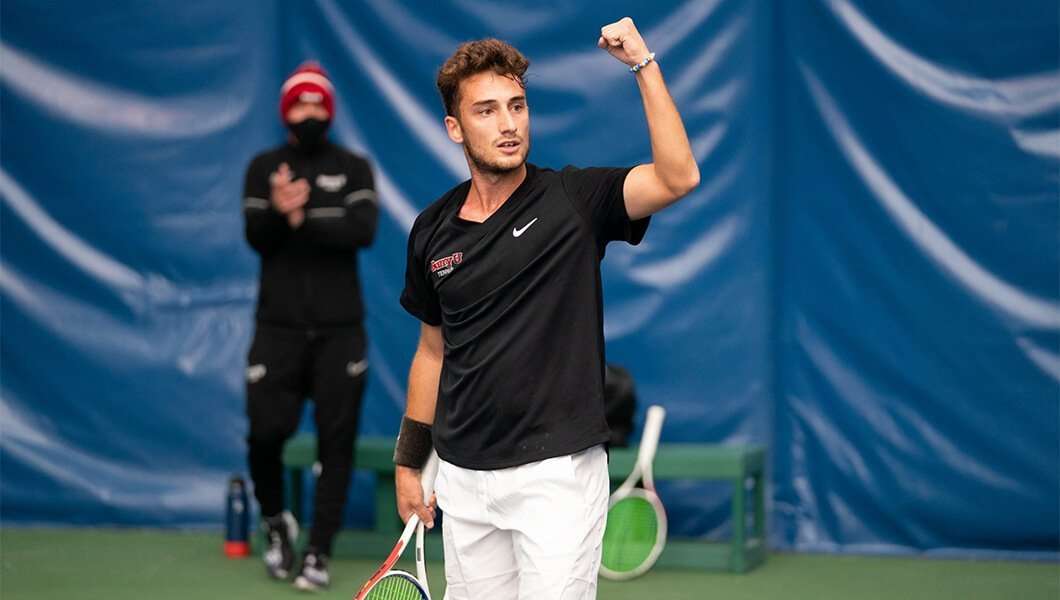 On the second day of play from the 2022 ITA Division II Men’s National Team Indoor Championship, Semifinal action got underway as two teams punched their tickets to tomorrow’s Championship match.

After picking up a hard-fought win in the First Round against Delta State, Barry (1) was in for another slugfest in today’s Semifinals, matching up with West Florida (5) who picked up a dominant 4-1 win over Hawai’i Hilo (4)  in the opening round of competition. .

Securing the doubles point in dominant fashion, the Bucs showed why they were named the top seed at this year’s DII Indoor Championship as they survived many tough tests up and down their lineup to come out with the 4-1 victory over the Argonauts.

Taking the doubles point after wins on courts No. 1 and No. 2, the Cougars picked up some quick wins in singles play from courts No. 2, No. 4, and No. 5 to cruise to the 4-0 victory.

Be sure to keep up with all of the Final’s action through our Tournament Central Homepage which can be found here.