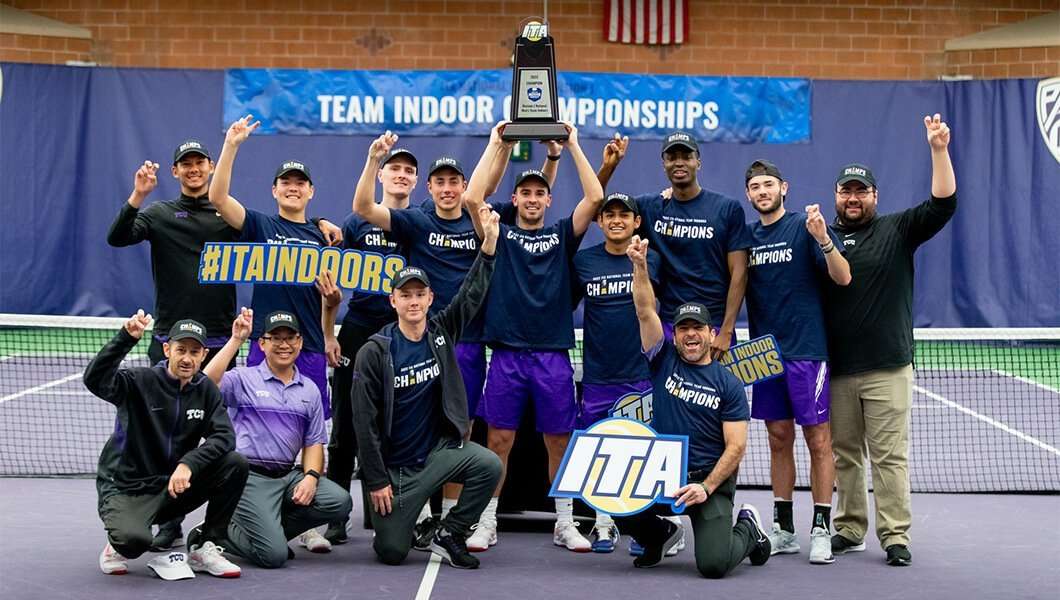 The Horned Frogs avenged an early season setback to No. 3 Tennessee as they topped the Volunteers in the February 21, 2022, final at Nordstrom Tennis Center in Seattle to claim the team indoor national championship. It is the first national championship in TCU program history.

TCU jumped out to a 1-0 following doubles. The Horned Frogs claimed victories at the No. 1 and No. 2 positions to earn the first point of the match. Jacob Fearnley extended the TCU advantage to 2-0 with a 6-1, 6-3 victory at No. 5 singles.

We want to thank Cracked Racquets for its redzone broadcast coverage of the entire 2022 ITA Division I Men’s National Team Indoor Championship. A special shout out to Mark Bey and Alex Gruskin, the commentators for the tournament. We’d also like to thank PlaySight and Track.Tennis for the live streaming feeds, and Tennis-Ticker for providing live scoring.

Men’s Kickoff Weekend Was a Doozy