For Howard Men’s Tennis player Justin Cadeau, tennis has always served as a key aspect of his life, opening many doors for him, including the chance to play for a very storied and notable Historically Black College and University.

For as long as her can remember, Cadeau has been around the sport of tennis. As a young kid in his home state of New Jersey, Cadeau recalls watching his father playing tennis and chasing after balls rolling around the court.

“My father actually played tennis so I just grew up around it,” stated Cadeau. “I have pictures of me as a baby just running around the tennis court and chasing tennis balls because he (Justin’s father) spent a lot of time playing.”

Following in his fathers footsteps, Cadeau began playing tennis at a young age and immediately fell in love with the sport and all of the unique aspects the sport has to offer.

“I have always just loved tennis,” noted Cadeau. “The one thing I was always missing with tennis though was the team aspect so choosing to go to college I was able to fill that void and for me it has been really fun and I’m glad I made the decision to play.”

Rising through the ranks of the junior tennis scene, Cadeau knew his future was leading him to play at the collegiate level, but now came the tough decision to choose where he would play.

After some thinking, Cadeau felt the call to join the Howard Men’s Tennis team and to not only further his growth as a student-athlete but explore all of the rich history and culture HBCU’s have to offer.

Alongside soaking in all of the special moments being a student-athlete at a HBCU comes with, Cadeau goes on to note the special bond he has formed with his teammates and how he cherishes the family atmosphere at Howard.

“The team aspect and the atmosphere of winning and losing as a team are what I really love,” stated Cadeau. “I feel like me and my teammates are almost like a family so that is something I really cherish about being a college tennis player.”

Currently in his second season at Howard, Cadeau now has a much deeper understanding of the trials and tribulations being a student-athlete entails and offers these words of wisdom to younger players who might just now be beginning their journey through college tennis. 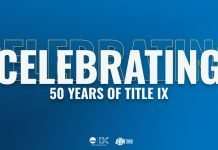