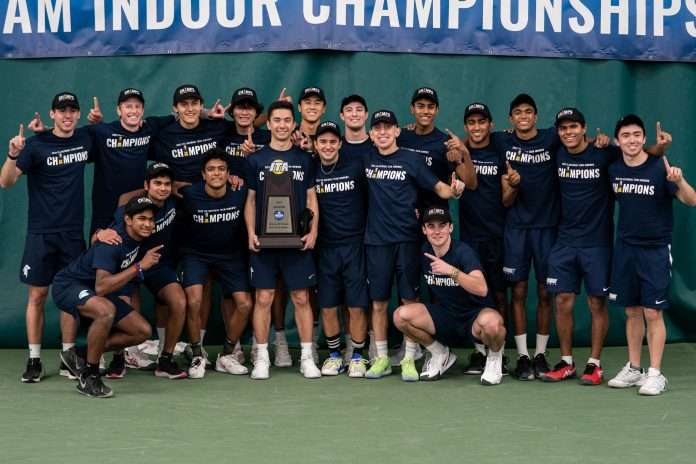 On the final day of competition from the Mayfield Village Racquet Club in Cleveland, hosts Case Western Reserve battled it out with Chicago to see who would be crowned the 2022 ITA DIII Men’s National Team Indoor Champions.

In front of another packed crowd, the tide of the match was heavily determined in doubles play as the Spartans cruised to 8-2 win from the No. 3 position before closing out heavily contested contests at the No. 1 and No. 2 positions.

Now with a three point cushion heading into singles play, Case Western Reserve only needed wins from two of the six singles positions in order to take home the National Championship.

After winning the first set on four courts, the Spartans secured their fourth point of the match from the No. 4 position before they were able to clinch the victory shortly after from the No. 6 position.