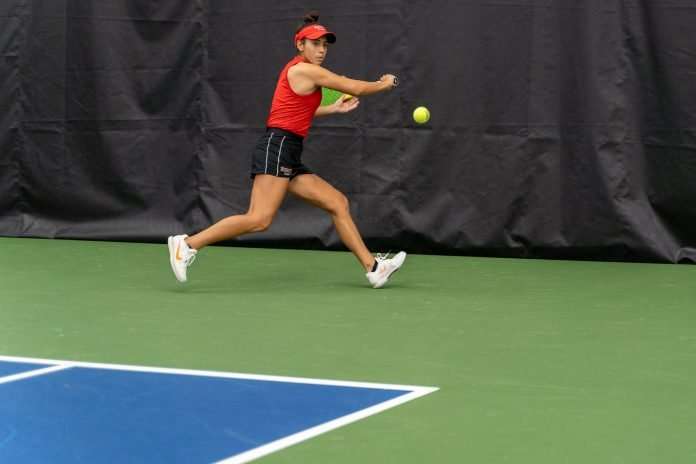 On day two of action from the 2022 ITA Division II Women’s National Team Indoor Championship, teams battled in their semifinal matchups for a spot in the championship match.

After a comfortable win yesterday over Flagler, (1) Barry had a tougher match in today’s semifinals matchup against (4 seed) West Alabama who dominated (5 seed) West Florida 4-0 in the quarterfinals yesterday.

After winning a tough doubles point, the Bucs got things rolling in singles picking up wins on courts 4,5, and 6 to pickup a 4-0 win over West Alabama.

In the other semifinal match of the day, (3 seed) University of Central Oklahoma survived defending champion Indianapolis 4-3 to play in their first ever ITA DII Women’s National Team Indoor Championship.

After coming from behind to take the doubles with wins on court 1 and 2, it all came down to singles court 4 where the Bronchos pulled out a 6-4 win in the third to clinch the match.

Follow the championship match through our Tournament Central Homepage which can be found here.