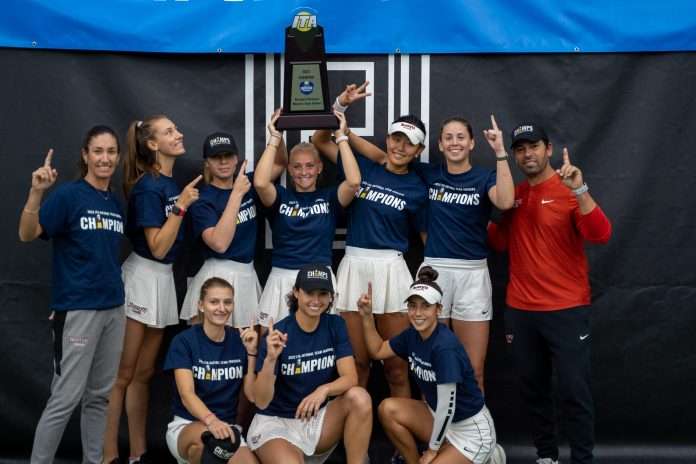 After a hard-fought weekend of play from Edmond Center Court in Edmond, Okla., the Barry Buccaneers are once again crowned National Team Indoor Champions after taking down hosts Central Oklahoma in the Championship Match.

Winners of the National Team Indoor Championship in 2020 as well, the Bucs showed why they are the consensus No. 1 team in the ITA Top-25 Coaches Poll, sweeping all three opponents this weekend en route to the Title.

In the Championship match, Barry was able to edge out a tough test from the Bronchos taking wins from the No. 1 and No. 2 positions to secure the 1-0 lead heading into singles play.

Singles play is where the Bucs really shined all weekend and Monday was no exception as Barry won in straight sets from the No. 1, No. 4, and No. 5 positions to clinch the victory and head back to Florida with some extra hardware.