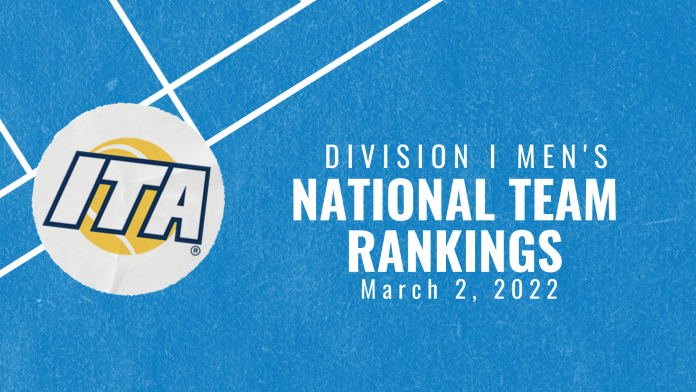 Now 8-1 against Top-25 opponents on the season, the Horned Frogs have proven themselves as one of the top teams in the country and will continue to be put to the test throughout the remainder of the spring as they take on four current Top-25 opponents, including Baylor (No. 4) twice.

Outside of the Top-Five, Middle Tennessee State (No. 15) saw a huge jump in their ranking this week after taking down Tulane (Previous No. 48), Arizona (Previous No. 19), and Princeton (Previous No. 29) this past week.

Across the entire Top-25, the SEC still is well ahead of all other conferences placing eight teams in the Mar. 2 Top-25, four more than the ACC and Big 12 who each place four teams in the Top-25.