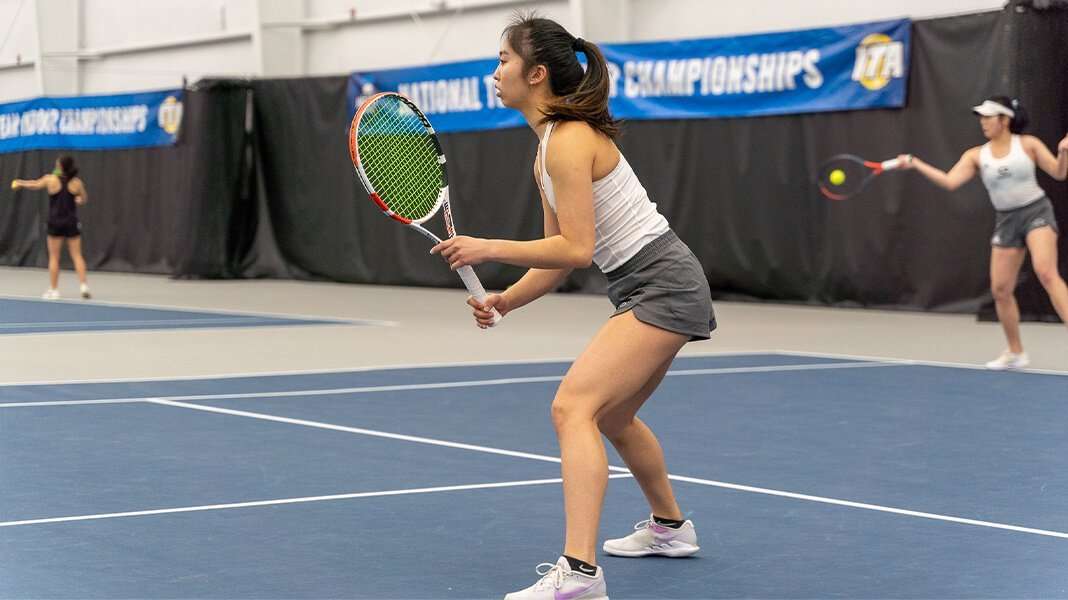 After an opening round which saw all four top-seeds run away from the field, today’s Semifinal action brought a lot more heavily contested matches as Emory and Chicago both clinched their spot in the 2022 ITA DIII Women’s National Team Indoor Championship Match.

Emory (No. 1), who are the reigning National Team Indoor Champions, will have a chance to defend their title on Sunday after taking down Claremont-Mudd-Scripps (No. 4) 6-3 in today’s Semifinal match.

Securing two points in doubles play, the Eagles picked up four more points in singles play winning in straight sets from the No. 3 position, while grinding out three more three set victories from the No. 1, No. 4, and No. 6 positions.

In today’s other Semifinal match, Chicago (No. 3) upset Pomona-Pitzer (No. 2) 5-4 to secure the  final spot in tomorrow’s Championship Match.

In doubles play, the Maroons took two out of the three points to hold the slight lead heading into singles play. In singles, it was a story of straight set victories as all but one match was decided in straight sets with Chicago ultimately winning from the No. 1, No. 4, and No. 5 positions to clinch the win.

Tomorrow’s Championship Match is set for 10:30 am (EST) from Top Seed Tennis Club in Lexington, Kentucky. Fans can follow along with the action through a Live Stream as well as Live Stats which can be found through our Tournament Central Homepage here.

2022 ITA Summer Circuit Points Race Gets Underway as the First...