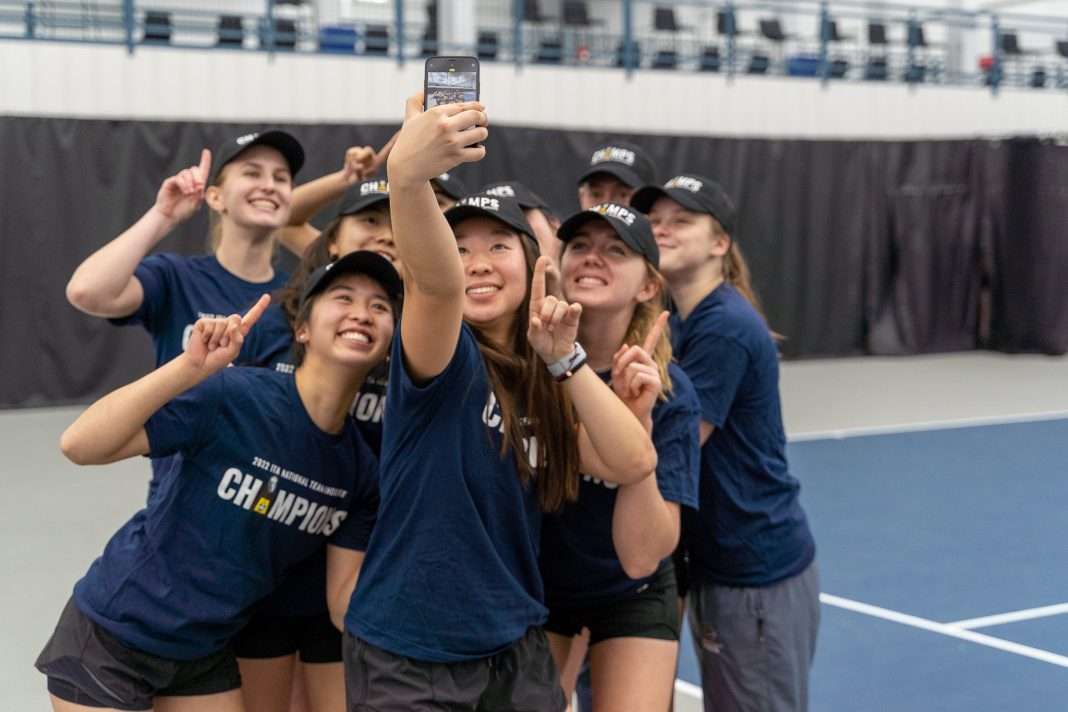 After winning their first-ever ITA National Team Indoor Championship this past weekend, the University of Chicago Maroons will also reach a new height in the rankings as they earn the top-spot in the March 10th Division III Women’s National Team Rankings.

Now 8-1 on the season, the Maroons took down Emory (No. 2) in the 2022 ITA National Team Indoor Championship match after coming back from a 4-0 deficit to take down the Eagles to earn the Title.

Pomona-Pitzer (No. 3), Claremont-Mudd-Scripps (No. 4), and Wesleyan (No. 5) round out the Top-Five of what is the first National Team Rankings of the 2022 spring season.

Many teams re-enter the DIII National Team Rankings for the first time after sitting out the previous season due to Covid-19. Team’s such as Pomona-Pitzer, Claremont-Mudd-Scripps, Redlands (No. 31), and the California Institute of Technology (No. 23) are just a few teams back in the swing of things this spring.