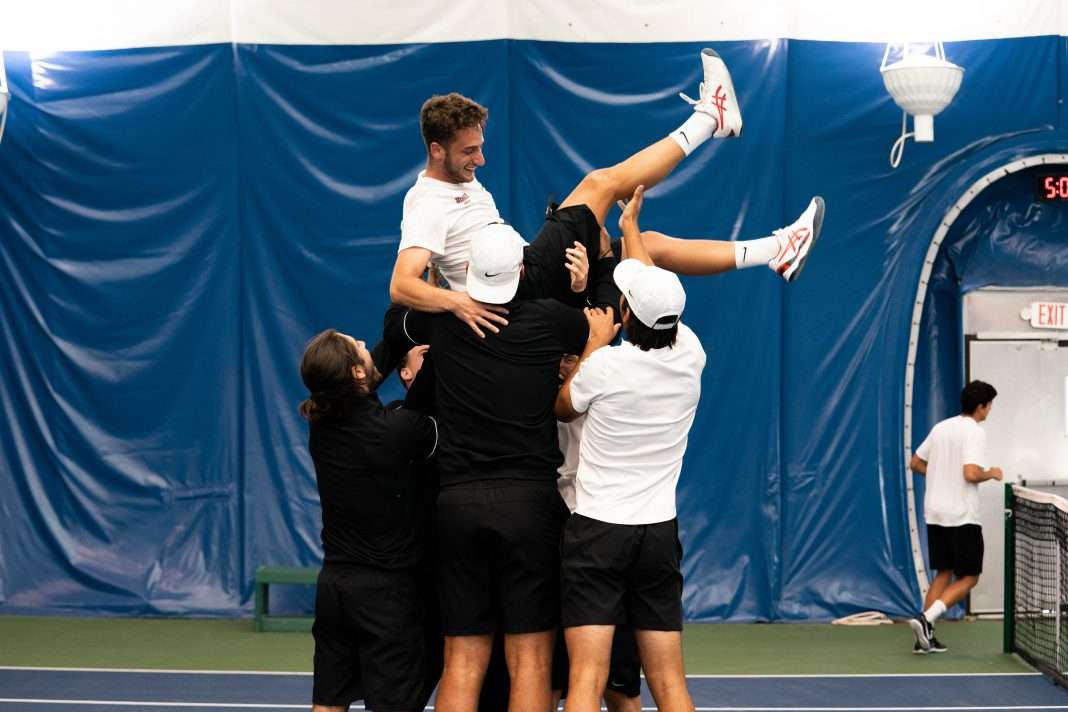 As six of the most marquee events during the collegiate tennis spring season, the 2022 ITA National Team Indoor Championships were once again a great success this season as six teams across three divisions were crowned National Champions over the span of four weeks.

Bringing together the best-of-the-best from the NCAA Division I, Division II, and Division III levels, these National Indoor Championships always bring great excitement from players and fans alike with 2022 being no exception.

Below, we’ll highlight some of the top moments and memorable plays from the 2022 ITA National Team Indoor Championships so fans and players can revel in the accomplishments achieved over these past four weeks.

The win marked the tenth straight win and seventh straight ranked win for the Horned Frogs and for Head Coach David Roditi was a culmination of a lot of hard work not only this season but in prior seasons as well.

At the DIII ITA National Men’s Indoor Championship, hosts Case Western Reserve were able to take home the hardware for the first time in program history after dominating over all three matches they played, only dropping three points all weekend long.

Marking the 26th consecutive regular season victory over a Division III opponent, the Spartans looked poised to flip the script from the 2021 NCAA National Championship as Head Coach Todd Wojtkowski continues to build Case into a national powerhouse.

In the final National Indoor Championship of 2022, there was yet another first time victor as the University of Chicago took down longtime conference foe and top seeded Emory in the Championship match to take home the Title.

Down 4-0 at one point in the Championship match, Jay Tee and the Maroons never faltered and rallied back to win the remaining five singles points to take down the Eagles for the first time since 2012 and return home National Champions.

With 2022 marking the first time all six of the ITA National Team Indoor Championships offering Live Stream capabilities, players and fans alike could revel in the great action not only in real time, but once again after a match as well.

One play in particular which has been shared and reshared countless times across social media was a volley by Case Western Reserve’s James Hopper in the DIII ITA National Men’s Indoor Championship Match against Chicago.

Playing up at the net in doubles action Hopper had a shot rifled directly at him and with limited time to react, the Junior from Montgomery N.J. managed to hit a winning volley in the midst of spinning in a full 360 at the net.

Not just a crowd stunner at the event, the play garnered national attention as well as it came in as the No. 2 play on SportsCenters Top Ten Plays in the following days and has racked up over 100,000 views on various social media platforms.

Record Viewership Across All Six Championships

As the ITA continues to broaden the reach of college tennis through different media platforms, the 2022 ITA National Team Indoor Championship once again saw the interest grow in college tennis as over 30,000 total views were accumulated over the six Championships.

From having Cracked Racquets “Red Zone” coverage at both Division I Championships, to free Live-Stream options at all six National Team Indoor Championships, the 2022 media coverage for these Indoor events was the most extensive to date.

In addition to all of the traditional viewership through the Live-Streams and Cracked Racquets broadcast, the 2022 ITA National Team Indoor Championship also gained great traction on social media tennis fans around the country locked in on the great action. Over the month of February alone, tweets from the ITA brought in over 1.39 Million impressions around the world.