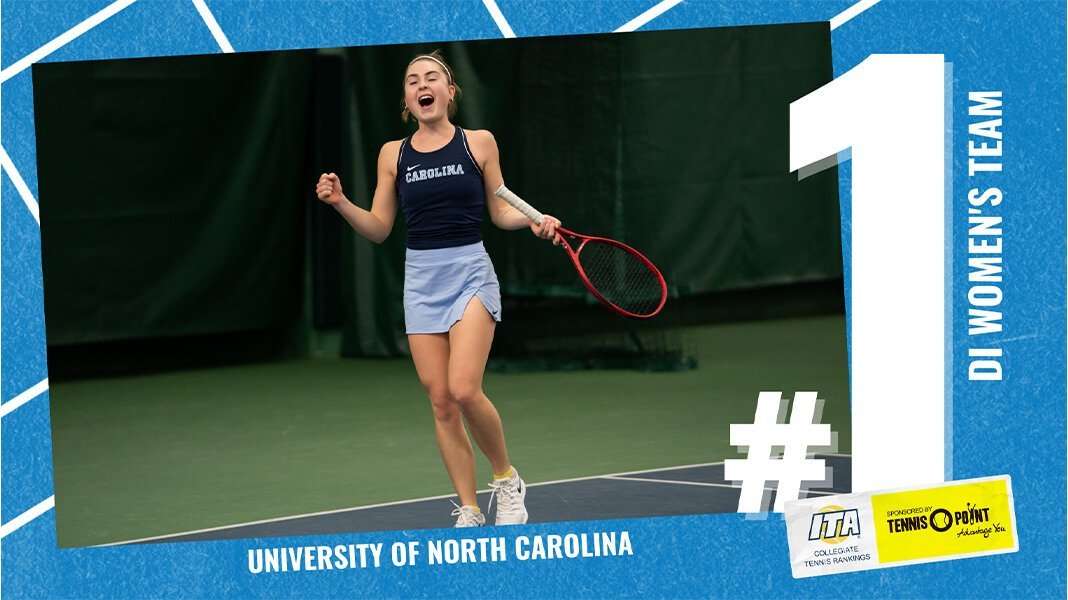 For the fifth consecutive week, the North Carolina Tar Heels come in as the nation’s top-ranked team in the Division I Women’s ITA Collegiate Tennis Rankings sponsored by Tennis-Point.

The Tar Heels once again edge out NC State (No. 2) and Oklahoma (No. 3) who have held steady in the polls after losing their only matches of the season at the 2022 ITA DI Women’s National Team Indoor Championship to North Carolina.

Arkansas was this week’s biggest mover, as the Razorbacks (No. 36) moved up 29 spots from the Mar. 9 Rankings after picking up two big conference road wins over Vanderbilt (previous No. 39) and Kentucky (previous No. 43) this past week.

Loyola Marymount (No. 17) jumps into the Top-20 in the Mar. 16 Rankings, the Lions are now 7-1 on the season and have wins over UCLA and Arizona already this season.