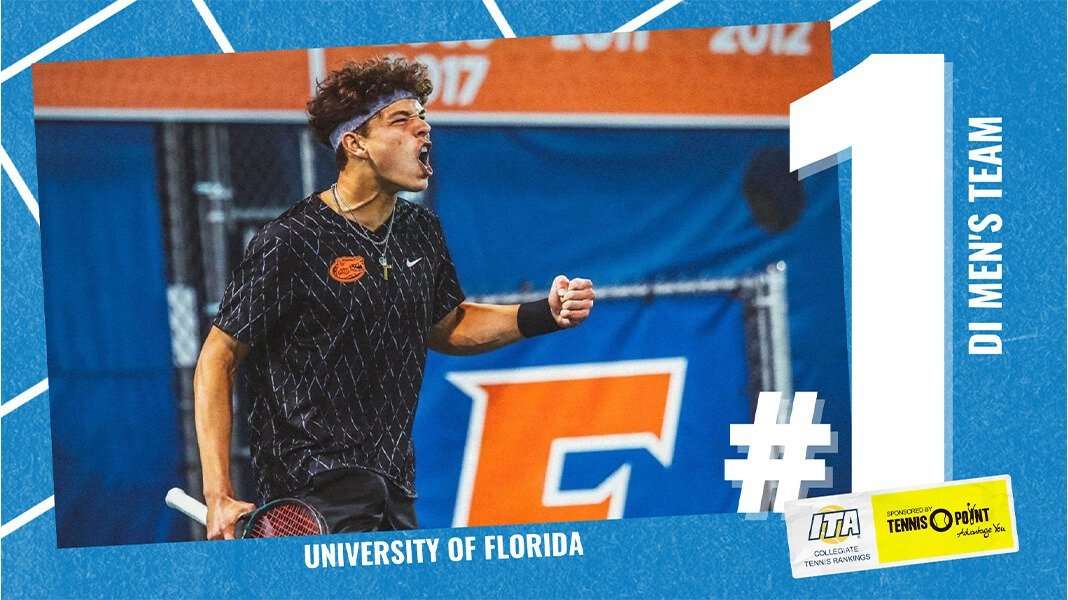 After starting the 2022 spring season atop the ITA Preseason Coaches Poll, the Florida Gators have once again claimed the top spot in the Division I Men’s ITA Collegiate Tennis Rankings sponsored by Tennis-Point after narrowly edging out Ohio State (No. 2) and TCU (No. 3) in the Mar. 16 release.

Picking up two Top-Ten conference road wins this past week, the Gators have bounced back nicely after two early season losses to TCU and Texas, winning their past six matches which all came against Top-Ten opponents.

Montana (No. 62) is now the lone unbeaten team across all of the Division I Men’s slate of teams. The Grizzlies are now 9-0 on the season as they get ready to dive fully into Big Sky play in the weeks to come.