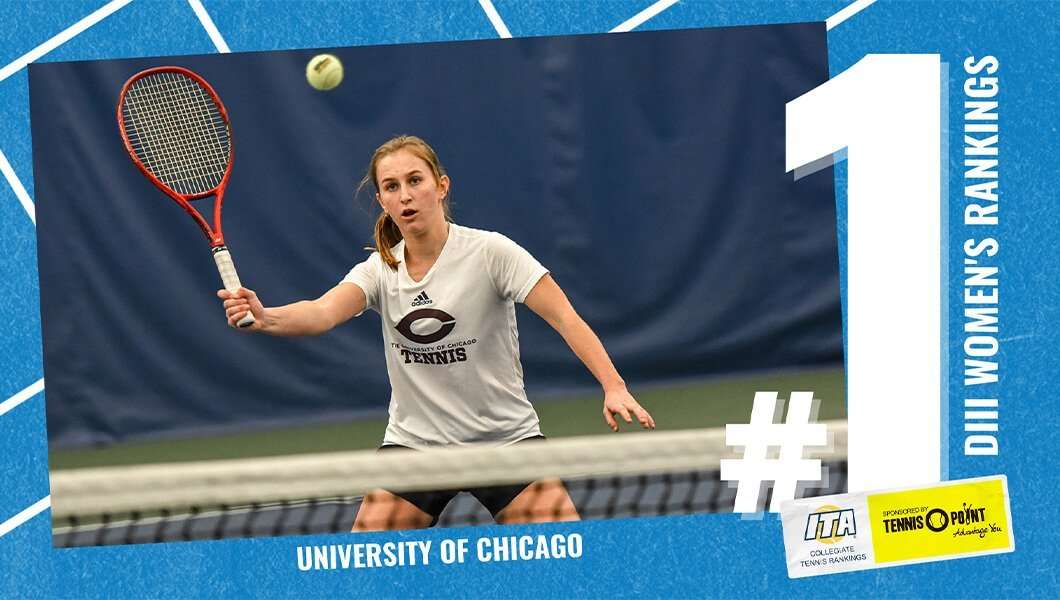 The University of Chicago will once again come in atop the Rankings this week picking another ranked win since the Mar. 10 Rankings to remain No. 1 in the Division III Women’s ITA Collegiate Tennis Rankings sponsored by Tennis-Point for March 24.

Only falling to Division I opponent Eastern Michigan this season, Chicago has proven their case for today’s top-ranking remaining unbeaten against fellow Division III opponents to this point in the season.

The University of Redlands (No. 20) makes a big jump this week as they rise 11 spots in the poll after starting the season 7-2, including wins over WASHU (previous No. 21) and Colby (previous No. 32).

Updated Regional Rankings, as well as Singles and Doubles Rankings, are set to be released tomorrow, Mar. 25.