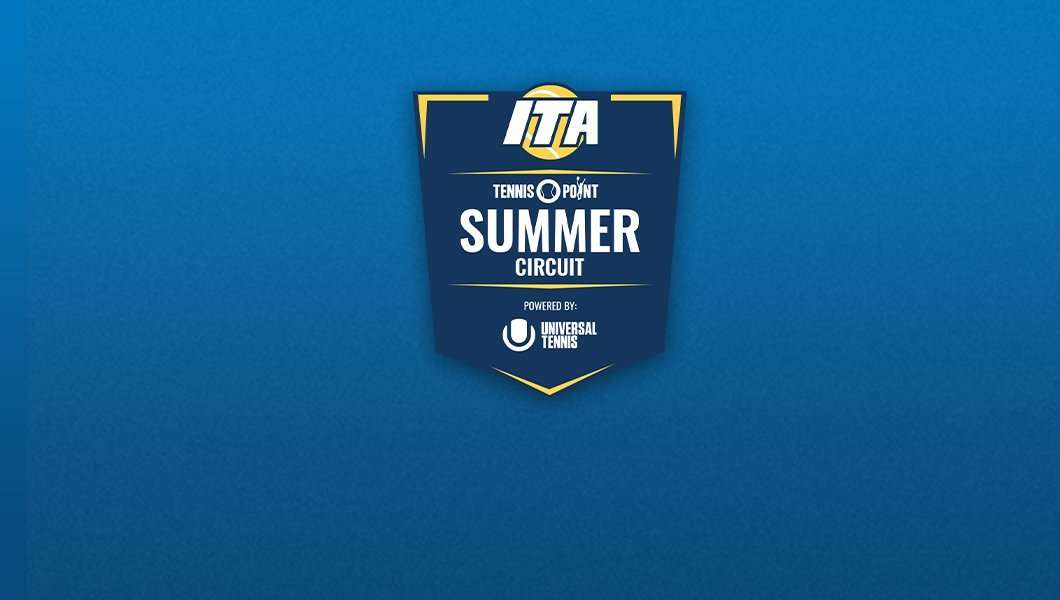 Furthering their commitment to the sport of tennis, and more specifically college tennis, Tennis-Point now becomes a part of one of the most prestigious nationwide collegiate circuits where thousands of incoming and current student-athletes have been competing for over 40 years.

“We are thrilled to have Tennis-Point on board as the title sponsor for the ITA Summer Circuit powered by Universal Tennis,” said ITA Senior Director Cory Brooks.  “The ITA Summer Circuit is one of the most long-standing and successful programs within the ITA portfolio. Over the last eight years, the circuit has almost doubled in size, from 35 events to 60 and from 2,500 unique participants to over 5,000. Tennis Point’s commitment to the growth of tennis at the grassroots level makes them a perfect fit for this ever-growing program.”

Created to provide high-level juniors, incoming first-year student-athletes, and current collegiate players the chance to compete in the summer months, the ITA Tennis-Point Summer Circuit powered by Universal Tennis offers a unique opportunity for college athletes to compete against high-level competition when they are away from school.

“Tennis-Point is excited to further our partnership with the ITA as the title sponsor of the ITA Summer Circuit,” said Colleen Leonard, Tennis-Point Marketing Director. “Supporting collegiate athletes, and engaging fans and players all over the country this summer is going to bring a new level of energy to college tennis and continue to grow the game at the grassroots level.”

Not just committed to furthering the ITA Summer Circuit, Tennis-Point has also committed to becoming the title sponsor of the ITA National Summer Championships by Universal Tennis.

Serving as the pinnacle of the summer season, the ITA National Summer Championship by Universal Tennis features a 64 player field, including the top five point finishers in the Summer Circuit, who are all looking to secure a wildcard spot into the ITA Men’s and Women’s All-American Championships later in the year.

The Intercollegiate Tennis Association (ITA) is the governing body of college tennis and is committed to serving college tennis and returning the leaders of tomorrow while promoting both the athletic and academic achievements of the collegiate tennis community. The ITA, founded in 1956, is comprised of nearly 1,700 men’s and women’s varsity tennis teams representing over 1,250 institutions, administers numerous regional and national championships, and the ITA College Tennis Rankings for nearly 20,000 college varsity student-athletes at NCAA Division I, II, and III; NAIA; and Junior College levels. The ITA also has a comprehensive awards program for players and coaches to honor excellence in academics, leadership, and sportsmanship. For more information on the ITA, visit wearecollegetennis.com and follow the ITA on Facebook, Twitter, Instagram, and LinkedIn.

Tennis-Point, a subsidiary of SIGNA Sports United, is the leading online retailer of tennis products in the world. The company is based in Germany. With 14 local language eCommerce webshops and 21 physical stores, Tennis-Point employs more than 300 people worldwide committed to growing the game of tennis. Tennis-Point is the Official Racquet Sports Retailer of the ATP, the official retail partner of the Western & Southern Open, and the official Sponsor of the ITA Collegiate Tennis Rankings. For more information, visit us at Tennis-point.com and follow us on Facebook, Instagram, Twitter, and LinkedIn.

About Universal TennisUniversal Tennis sets out to grow the sport of tennis by connecting players globally through level-based play, innovative events, and a digital marketplace. Promoting fair and competitive play, the UTR Rankings system allows any player around the world to track their progress as they develop and refine their game. For more information, visit universaltennis.com and follow Universal Tennis on Facebook, Twitter, Instagram, and LinkedIn.