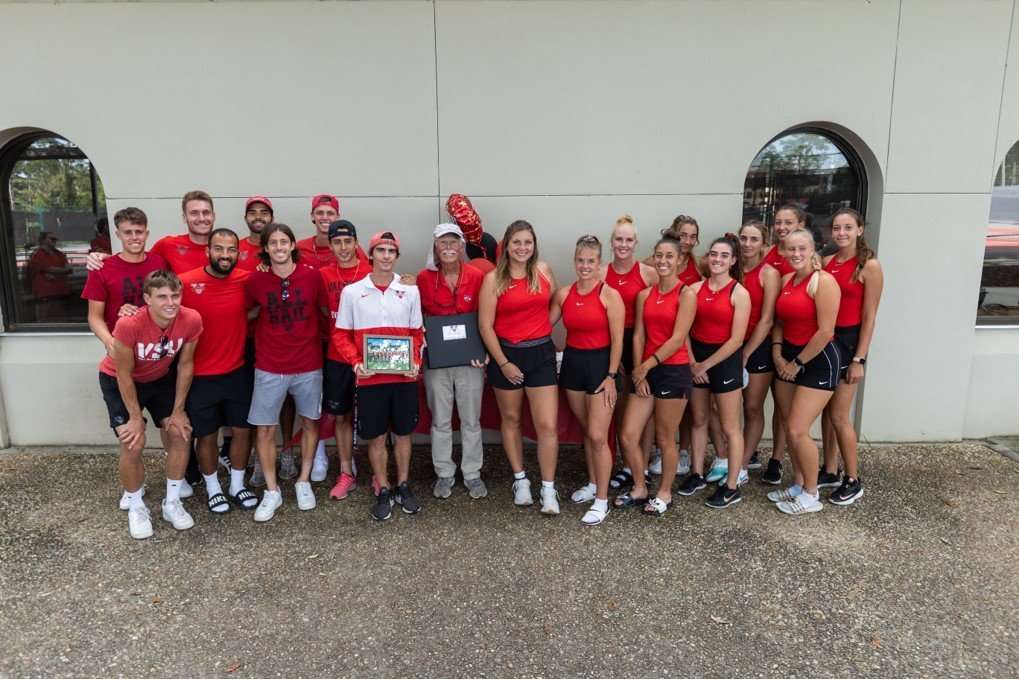 Over his outstanding career for the red and black, Hanson guided both the men’s and women’s teams to two national championships, three runner-up finishes and three top four finishes.  He has guided the teams to a combined 24 South Atlantic and Gulf South Conference championships, including a GSC-best 14 men’s championships and four women’s titles.

Hansen has been named Coach of the Year on 22 occasions in both conferences, taking home the award 13 times in the GSC for the men and five times for the women.  He earned GSC Men’s Coach of the Year honors most recently in 2021 as he guided the Blazers to an undefeated league campaign and the third-straight league title.

In addition to being honored for his accomplishments, Hansen ensures his players perform at a high level and attain personal recognition as well.  He has coached over 65 All-America players and has had an athlete earn All-Gulf South Conference honors 185 times, including 93 men and 92 women.

Thanks to Hansen, Valdosta State has boasted the GSC Player of the Year on 24 separate occasions, 14 men and 10 women. In fact, Leo Blay won the honor twice, following Philip Pakebusch, who won his second consecutive GSC Player of the Year award in 2011. The GSC’s Freshman of the Year has often come from VSU as well as 12 women and nine men have won the award under Hansen’s tutelage.  Bea Morales in 2015 last won the honor for the women, while Florian Simbozel was the last for the men in 2018.

Hansen’s athletes also have earned a number of individual honors nationally as Pakebusch and Christian Hansen were named ITA Senior Players of the Year in 2011 and 2012, while Eduardo Rincon earned the Arthur Ashe Award in 2004.  On the women’s side, Raphaelle Durante, also a VSU Athletic Hall of Fame honoree, earned ITA Rookie of the Year honors in 2007.

He is the only active VSU coach already be named to the Valdosta State Athletic Hall of Fame and just the second coach all-time to earn the honor while still actively coaching.

With all the coaching accomplishments Hansen has compiled, his coaching remains sharper than ever as VSU recently finished one of its most impressive seasons to date in 2011. The men’s team secured Valdosta State’s fifth NCAA National Championship and the second for men’s tennis. The team compiled an outstanding 21-1 record with the only loss coming to national power Armstrong Atlantic State. Valdosta State was undefeated in conference play and never fell lower than second in the ITA’s national rankings. 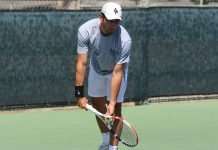 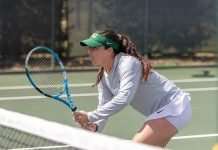 Barry, Columbus State to Face Each Other For Third Straight NCAA...