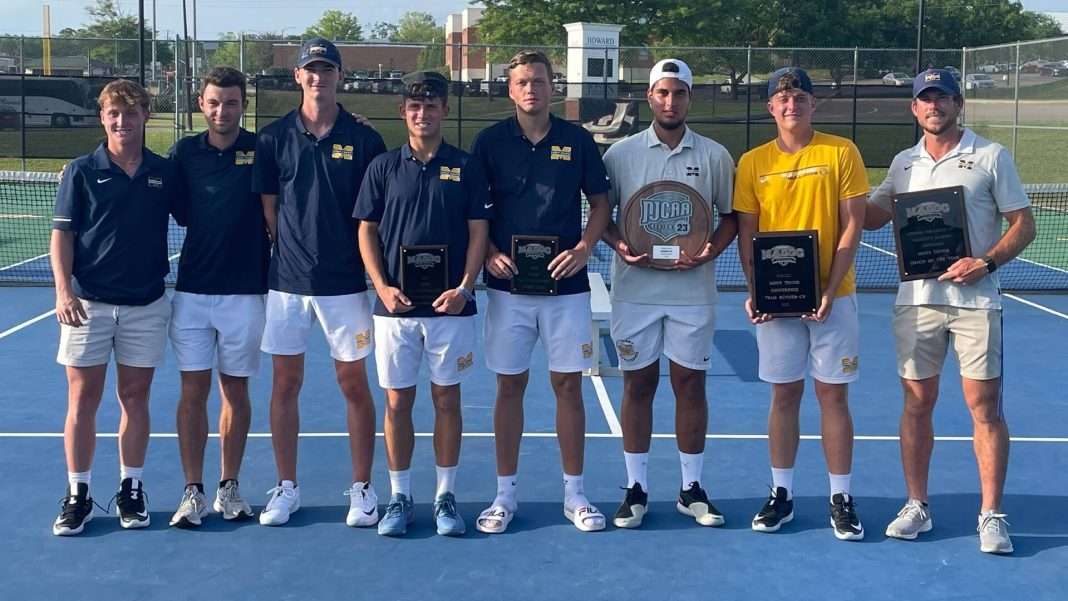 Hosted in Tyler, Tx., play of the 2022 NJCCA Men’s Tennis Championship has officially kicked off with a National Champion to be crowned on Friday, May 20th. The field includes 25 teams from across the country, who rather than playing head-to-head, split players up into singles and doubles draws where they receive points for placement. Each flight of draws is based on a player or team’s position with six singles draws and three doubles draws being available.