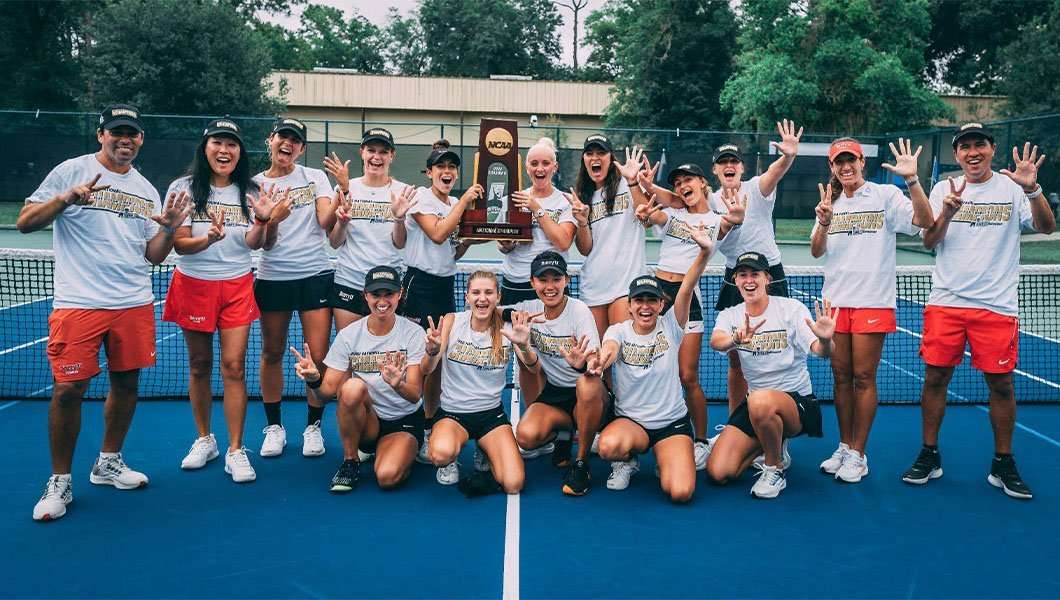 For the fifth consecutive season and the seventh time in program history, the Barry University Women’s Tennis team has been crowned the NCAA Division II Women’s National Champions. Winning in dominant fashion along the way, the Buccaneers only lost one point over the entire course of the 2022 NCAA DII Women’s Tournament, which came in today’s doubles portion of the National Championship match against Central Oklahoma.

Finishing a perfect 28-0 on the season, the Bucs had to fight back in today’s match after losing the doubles point for just the second time this season.

Unphased by the pressure, Barry showed their depth and composure in singles play where they earned straight-set victories on four courts to reach the pinnacle of college tennis for the fifth-straight season.

For Central Oklahoma, this marks the conclusion of the team’s best season in program history. The Bronchos finished the year 24-2 on the season while earning their first-ever birth into both the ITA National Team Indoor Finals as well as the NCAA National Championship.

With the now seven National Titles, the Bucs now sit just one title behind Armstrong (8) who sports the most championships in Division II Women’s tennis history.