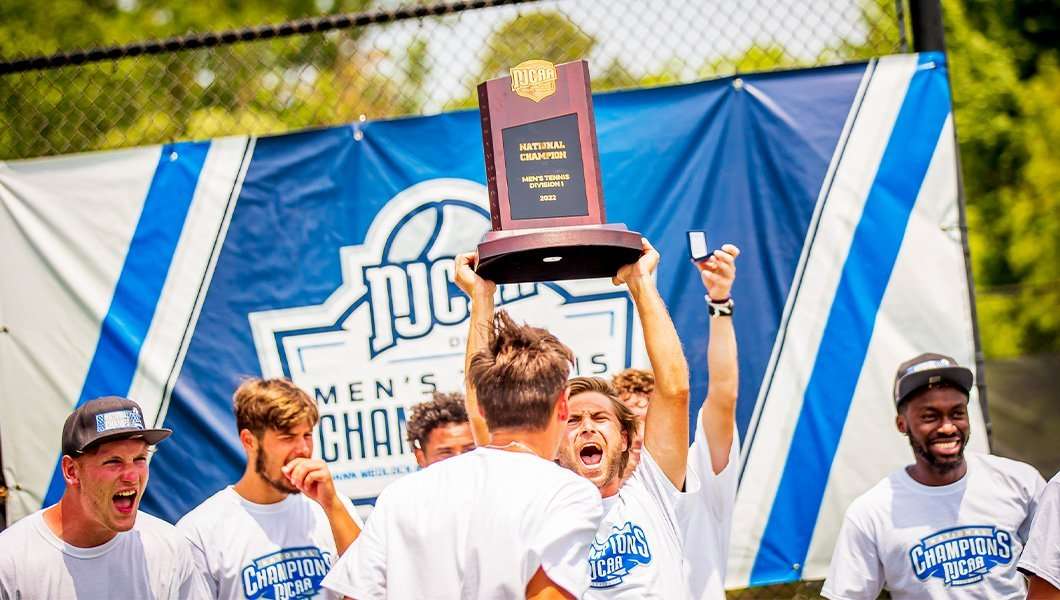 For the first time in program history, the Seward County Community College Men’s Tennis team has been crowned the NJCAA Division I Men’s National Champions. Winning the Championship by just two points, the Saints narrowly outscored familiar foe Cowley (KS) who finished in second with a total of 43 points.

Capitalizing on the momentum built throughout the season, Seward County CC picked up flight wins from the No. 3 and No. 5 Singles positions as well as the No. 1 Doubles position.

In addition to these first-place finishes, the Saints had players represented in four of the six singles championships as well as two of the three doubles championships.

For Cowley, this marks the second consecutive year in which they finished runners-up in the NJCAA Division I Men’s Championship. Across both the singles and doubles draws, Seward was able to come out on top in the Singles No. 1 and No. 6 draws, while securing a runner-up finish at the No. 3 doubles position as well.

Just behind Seward County in the standings was Tyler JC who had five players competing in the finals of the nine singles and doubles draws. As the hosts of the tournament, Tyler JC took home titles in the No. 4 Singles draw as well as the No. 1 and No. 3 Doubles flights.