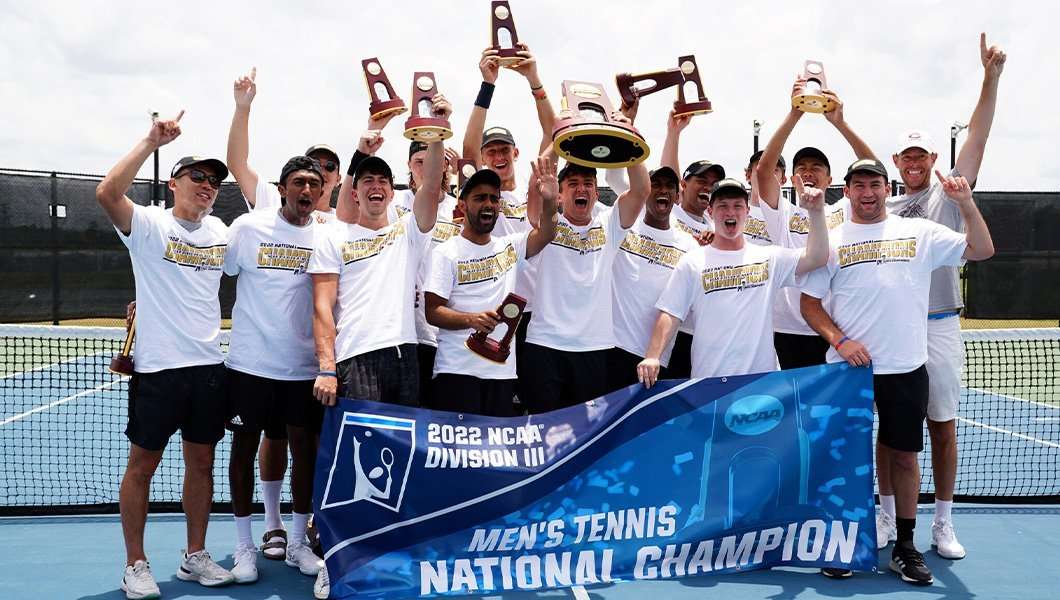 Finishing 22-1 on the season, Chicago came up clutch throughout the season sweeping Case Western Reserve in the UAA Championship Match while only dropping eight points as a team over their four matches this NCAA Tournament.

In today’s match, the Maroons picked up two huge points in doubles play winning from the No. 1 and No. 3 positions to take the lead heading into singles. In singles, wins from the No. 1, No. 4, and No. 5 positions ensured the 2022 National Championship trophy would be heading back to Chicago.

For Case Western Reserve, this marks the conclusion of the best seasons in program history. In addition to this NCAA National Championship appearance, the Spartans were the ITA National Team Indoor Champions and held the No. 1 ranking in the nation for a large majority of the season.