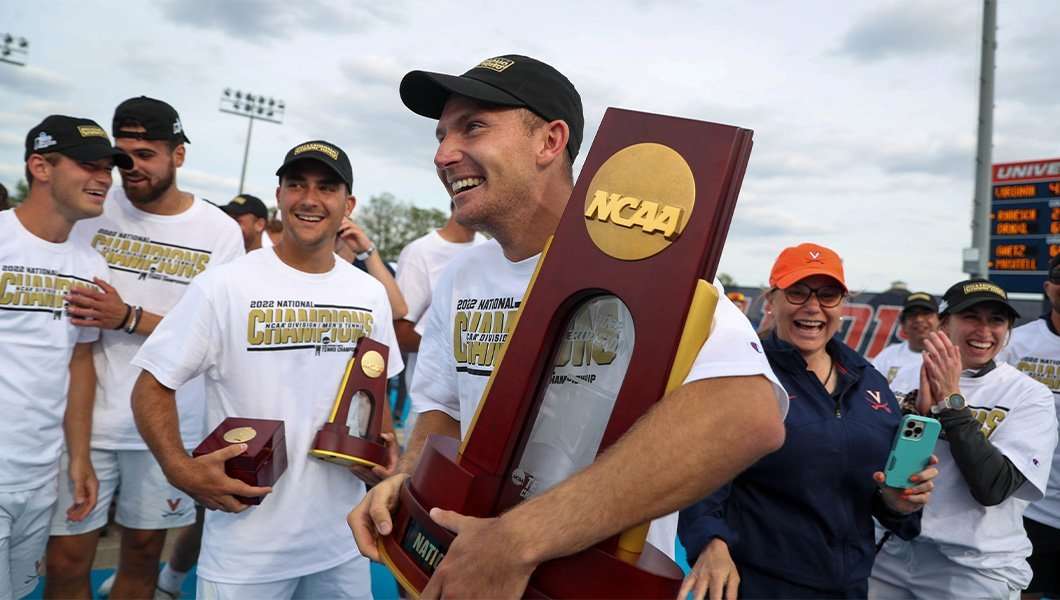 The 2022 Division I Men’s NCAA National Champions, Virginia Cavaliers, will end the dual match season at the top of the ITA Collegiate Tennis National Team Rankings sponsored by Tennis-Point.

Fresh after a run through the NCAA Finals in which they took down Florida, Tennessee, and Kentucky, the Cavaliers capped off an impressive season in which they were crowned National Champions, ACC Champions, and victors in their final 23 matches of the season.

Marking their fifth National Championship in program history, Virginia only dropped one point throughout the National Quarterfinals, Semifinals, and Finals en route to the title.

The final ITA Collegiate Tennis National Singles and Doubles Rankings sponsored by Tennis-Point are set to come out on June 2nd.