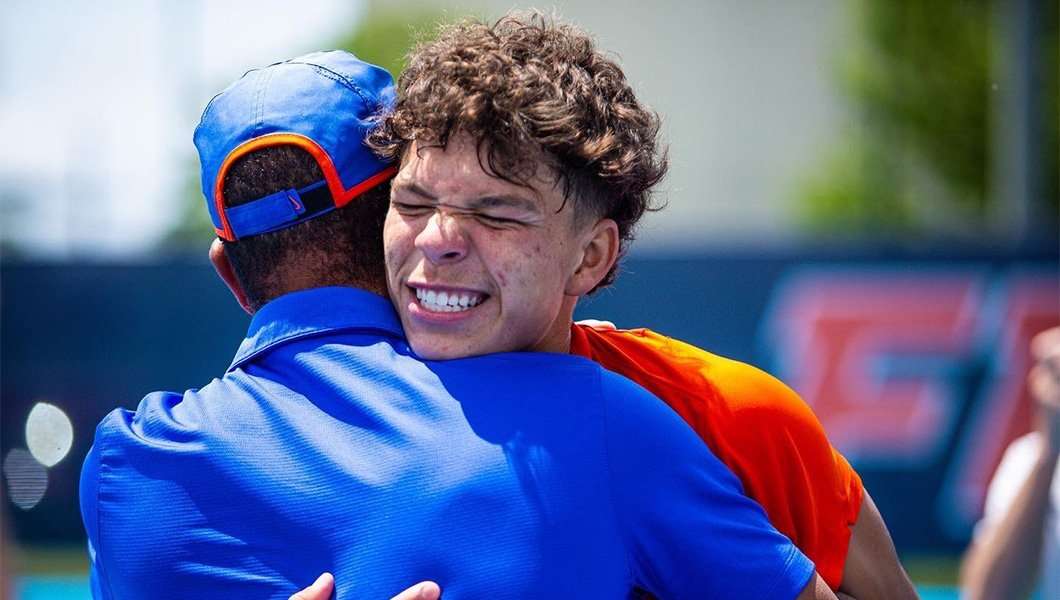 As we close out another collegiate dual-match season, we’ll look back at the 2022 NCAA Division I Men’s Team, Singles, and Doubles National Championships to recap the champions as well as the history made in Champaign, Illinois over the month of May.

After starting the season with a lackluster 5-5 record, if you would have asked anyone outside the Virginia team about the Cavaliers postseason hopes, their outlook would look grim. However, instead of folding early and letting the entire season get away from them, the Cavaliers and Head Coach Andres Pedroso used this start as a rallying point and would go on to win their next 23 matches en route to the National Championship.

In the NCAA Tournament, the Cavaliers kicked their game up to another level, sweeping their First and Second Round matches before taking down tenth seeded South Carolina in sweeping fashion as well in the Super Regionals.

Now in the National Finals, Virginia would take on the 2021 NCAA National Champions and second-seeded Florida in the Quarterfinals of the 2022 NCAA Tournament.

Unphased by the challenge, Virginia would go on to beat the Gators 4-1 and would continue this dominance into their Semifinal and Championship Matches taking down Tennessee 5-0 and Kentucky 4-0 en route to the Title.

Over the entire course of the 2022 NCAA Tournament, the Cavaliers would only drop one point as a team in their six matches played as Virginia takes home their program’s fifth National Championship and first under Coach Pedroso.

As the 2021 ITA Men’s Fall All-American Champion, Florida’s Ben Shelton has spent the majority of the 2022 season as the top-ranked player in the nation and entered the 2022 NCAA Men’s Singles Championship as the No. 1 seed in the Tournament.

Finishing with a 20-4 singles dual match record, Shelton took down a team-high 18 ranked opponents over the 2022 Spring season, including nine-straight ranked wins to end the season.

In postseason play, Shelton took his game to another level as the Sophmore was crowned the SEC Tournament MVP and became the youngest Florida player in program history to be crowned the SEC Player of the Year at the age of nineteen.

For the Texas pairing of Richard Ciamarra and Cleeve Harper, the 2022 season was one of many ups and downs, however, the duo never backed down and took home the Longhorns first NCAA Doubles National Championship since 2015 and just the second since the 1944 season.

In a back-and-forth Championship match, the Longhorn duo took down the Tournament’s second-seeded team of Matej Vocel and Robert Cash to take home the National Championship.

After dropping the first set, Ciamarra and Harper buckled down and in the second set to extend the match to a third-set superbreaker which was everything a college tennis fan could ask for.

Starting the breaker down 3-0, the two teams traded points until the match was tied at 7-7 in the third set. Showing the resilience that had carried them to the National Championship match in the first place, Harper and Ciamarra went on to win the next three points in the match to seal the victory and the 2022 Doubles National Championship.