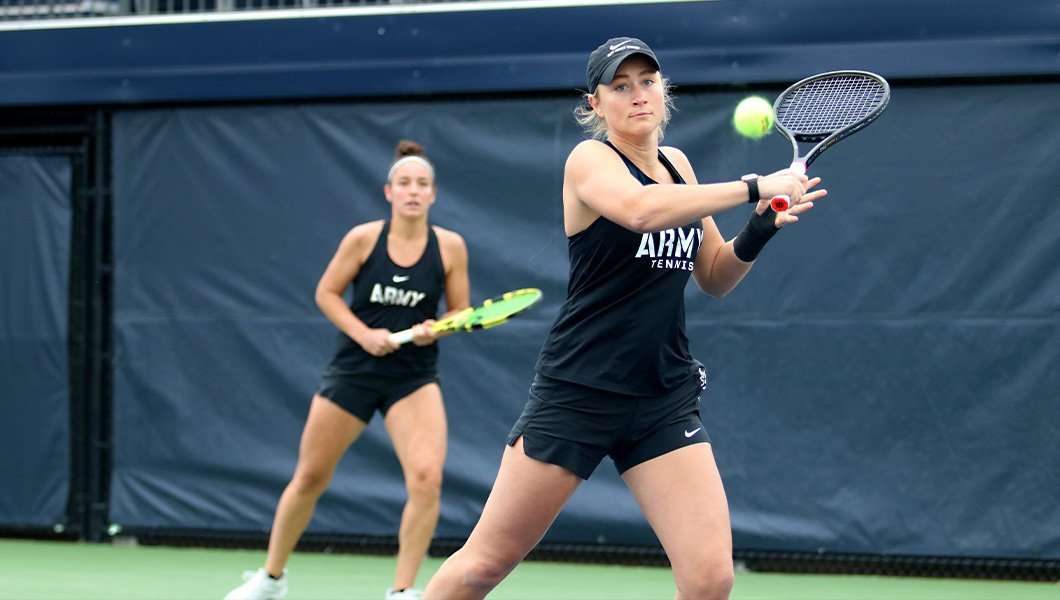 “Caroline is a championship human being on and off the court, embodying what is great about college tennis,” said ITA CEO Dr. Timothy Russell. “Caroline has exhibited leadership that follows in the footsteps of both Billie Jean King and Ann Lebedeff and exemplifies how tennis is a leader in the world of intercollegiate athletics. We congratulate Caroline and wish her well, knowing that she will continue to do great things.”

“I am extremely happy and proud of Caroline for receiving the Ann Lebedeff Leadership Award,” stated Army Women’s Head Coach Paul Peck. “Caroline epitomizes all the qualities of a leader and student-athlete in college athletics. She is the ultimate team player and sets an example for the younger players on our team. I look forward to seeing what she will accomplish in her future endeavors.”

Even before her time at West Point, Vincent’s upbringing had been rooted in two principles; public service and tennis. Following these two principles, Vincent has not only made a lasting impact on the court but off of it as well.

Coming out of high school, Vincent was a highly-touted recruit who had multiple Division I scholarship offers available to her. However, for Vincent, her decision to attend Army was an easy one as she knew here she would continue to work towards goals larger than herself while fulfilling her passions of public service and tennis.

As impressive as Vincent’s accolades were on the court, where she shined and made the most significant impact was off the court and in the community.

At West Point, Vincent is a leader within the Corps of Cadets and has recently been named Battalion Commander, where she oversees over 380 cadets from freshmen to seniors.

Additionally, after Vincent was named a team captain in the 2021-22 season, she immediately took the initiative to reach out to several local nonprofits that serve the community. These past few months alone, Vincent and the Army Women’s Tennis team volunteered at a soup kitchen and food shelter while serving as outreach representatives within their local communities.

Through it all, Vincent has been able to build on her personal foundations of public service and tennis during her time at Army. Even though her time at West Point has now ended, Vincent’s impact will be felt for years to come.

“I am so grateful for tennis and the ways it has impacted my path, the people it brought into my life, and the lessons it taught me,” says Vincent. “Although my college tennis days are over, I am eager to remain connected with the tennis community and find ways to give back to the sport I love.”

The ITA Ann Lebedeff Leadership Award endowed by Billie Jean King was created to honor a recent college graduate who played college tennis and demonstrated excellence on and off the court, leadership on his or her team as well as on his or her college campus and in his or her community. The recipient of the award will have demonstrated grit (i.e., passion and perseverance towards long-term goals), a commitment to social justice and equality, and will have pushed others to be leaders in addition to demonstrating his or her leadership.

Vincent is the fifth recipient of the award. She joins Victoria Flores of Georgia Tech (2021), Daniel Park of Claremont-Mudd-Scripps (2020), Andrew Akins of Duquesne (2019), and Nithya Kanagasegar of Case Western Reserve (2018) as winners of the award.