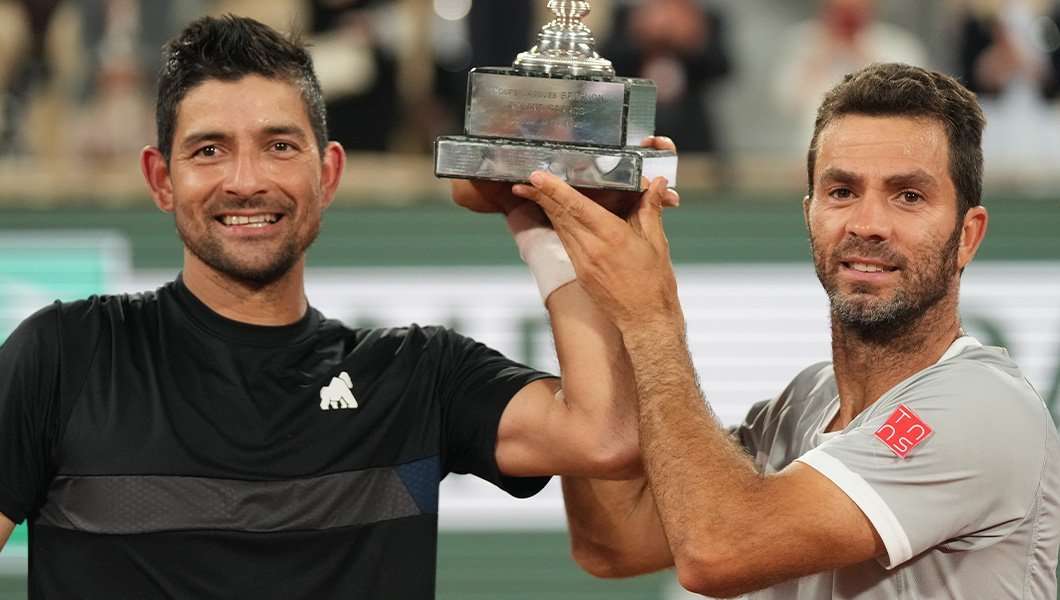 For the first time as a pair, former UCLA and Tulsa standouts, Jean-Julien Rojer and Marcelo Arevalo, have been crowned Grand Slam Champions as they win the 2022 French Open Men’s Doubles Championship.

As the No. 28 & No. 29 ranked doubles players coming into the French Open, Arevalo and Rojer went into the Slam as the No. 12 seed within the Men’s Doubles Draw and never looked back taking down the No. 7 and No. 16 ranked paires en route to the title.

Facing off against another former college tennis alum in Austin Krajicek (Texas A&M) and his partner Ivan Dodig in the Finals, Arevalo and Rojer faced their fair share of adversity early in today’s match dropping a heavily contested first set in a tiebreaker after both teams held serve throughout the entire first set.

With all of the momentum now on their side, Arevalo and Rojer were able to force an early break in the third set and never looked back winning 6-3 in the final set to take the match and the Championship.