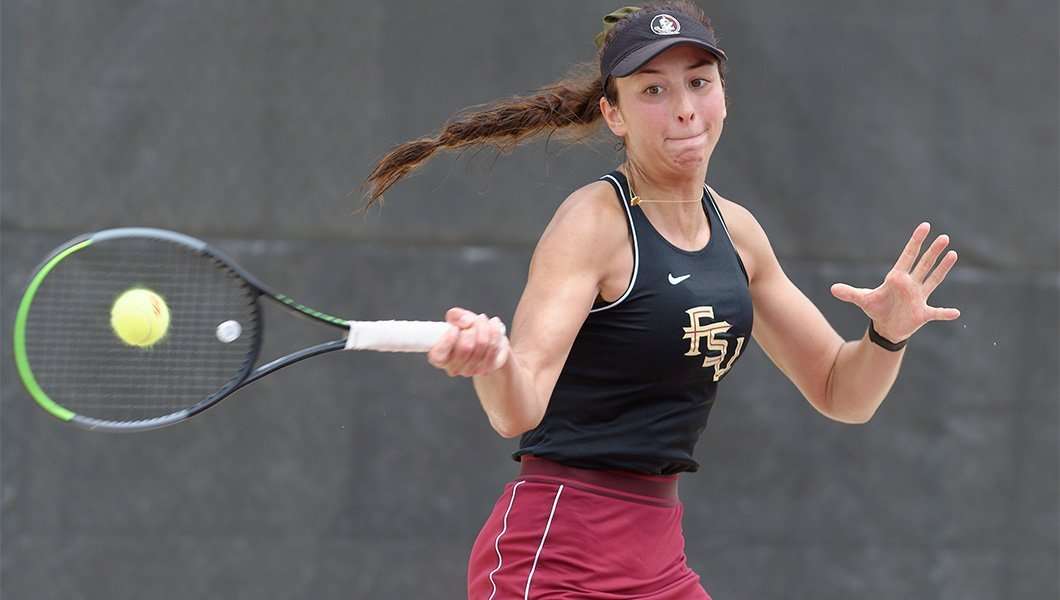 Cohen is in her sixth year at Oklahoma and has led the Sooners to the most historic season in program history in 2022. She was named the Big 12 Coach of the Year, after going 27-2 overall and 9-0 in regular-season conference play, while leading her team to their first-ever ITA National Indoor appearance, as well as coaching her team to their highest-program ranking, after entering the season unranked. As the No. 2 seed heading into the NCAA Tournament, Cohen helped lead the Sooners to an NCAA Team National Runner-Up finish which is the furthest any Oklahoma team has gone in program history.

Throughout his five years with the Texas A&M Women’s Tennis program, Assistant Coach Jordan Szabo’s impact can definitely be felt. The Melbourne, Australia, native helped guide the Maroon & White to their first double conference championship in program history in 2022, leading A&M to the SEC regular-season and tournament titles. Under his direction, Texas A&M set a program-record 30 wins prior to the start of the NCAA Tournament and led the nation with a .968 win percentage after the regular season.

In what has been a season of firsts for the Oklahoma Women’s Tennis team, senior Ivana Corley has been the vocal leader for the Sooners both on and off the court. As a two-time Big-12 Player of the Week in 2022, Corley would earn recognition as the No. 1 Doubles Team at the 2022 ITA Indoor Championship as well as numerous other accolades with her sister and partner Carmen Corley. Academically, Ivana has been just as phenomenal as she was named to the 2022, 2021, and 2020 Academic All-Big 12 First Team, as well as the 2019 Academic All-Big 12 Rookie Team. In her free time, Corley is the President of the Student-Athlete Innovative Leaders at the University of Oklahoma, while also spearheading “The Corley Cup”, which offers high school seniors a chance to play tennis one more time and raise money for scholarships.

Mary Lewis has been an influential member of the Michigan State Women’s Tennis team ever since her arrival in the 2018-19 season. Playing from the No. 1 Singles and Doubles positions over her entire collegiate career, Lewis took home All-Big Ten honors in both the 2020 and 2021 seasons. Off the court, Lewis’s impact has been felt just as much as she has earned numerous academic honors over her career and in 2020 was named the Midwest Region Arthur Ashe Leadership & Sportsmanship Award Winner. Additionally, Lewis also has a big influence in the community as she spearheads many local events such as blood drives, food drives, and community outreach activities.

In her first season with the Cardinal, Connie Ma showed just how dominant of a player she is as she compiled a 32-9 overall record in 2022 including a 15-5 dual match record from the No. 1 singles position. Named the Pac-12 Rookie of the Year, Ma became the first Stanford player to play atop the lineup since Michaela Gordon in 2017-18. Earning a spot into the NCAA Singles Championship, Ma made an impressive run to the Finals where she would finish as the NCAA National Runner-Up after taking down many of the top players in collegiate tennis on her way to the finals.

After playing primarily from NC State’s No. 4 and No. 5 singles positions these past two seasons, Jaeda Daniel had to step into a new role in 2022 and flourished. Now playing from the Wolfpack’s No. 1 Singles and Doubles position, Daniel helped lead NC State to the ITA Indoor Championship Semifinals, NCAA Semifinals, as well as the No. 2 team ranking for the majority of the 2022 spring season. All of her efforts this season came to a pinnacle this past May as Daniel and her partner Nell Miller were crowned NCAA Doubles National Champions becoming the first players in program history to win an NCAA National Championship.

As one of the most storied players in Florida State Women’s Tennis history, senior Petra Hule capped off her career this season with another outstanding year from the top of the Seminoles lineup. In singles, Hule finished the year 21-1 in dual-match play and finished the season ranked No. 7 in the final ITA Collegiate Tennis Rankings. Hule will leave Florida State as a two-time ITA All-American as well as the highest-ranked player in program history.

In just her second season with the Longhorns, Peyton Stearns has put together one of the most impressive single seasons by an individual player in college tennis history. Finishing the season with a 33-2 overall singles record, Sterns helped lead Texas to a second consecutive NCAA Team Championship this season. Individually, Stearns racked up many accolades as she was named to the ITA Indoor Team All-Tournament Team, Big 12 All-Tournament Team, Big 12 Player of the Year, and a Singles and Doubles ITA All-American. Additionally, Stearns also took home the NCAA Singles National Championship in 2022 and was named the Longhorns first Honda Award Winner since a track and field athlete in 2016.