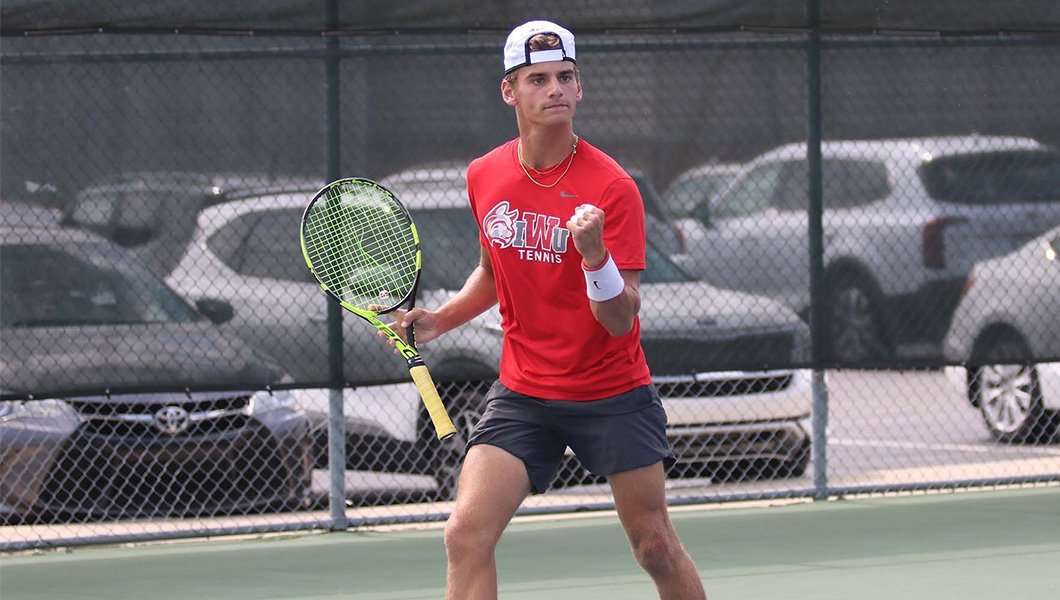 When Coach Shigley took over the men’s program at Indiana Wesleyan, the team was not even in the top 50 programs in NAIA tennis and now they are a respected powerhouse. They ended the season ranked No. 3 in the nation.In 2022, under Shigley’s guidance, Indiana Wesleyan finished the season with a 21-5 spring season record and a Semifinal finish in the NAIA National Championship.

Bianco has been an assistant on the Keiser coaching staff for the last 4 years and this season she took on a much heavier role with the men’s team as well. In a time where women are continuing to prove they can lead strong groups of men this is just yet another fine example. Bianco commands the room when she speaks and has taken the quality of player in the Keiser program up another level.

Steiner is not only an amazing leader for the Indiana Wesleyan tennis team but for the IWU campus as well. On the court, Steiner finished his Junior campaign with an impressive 28-3 singles record and 29-6 doubles record. He ended the season as the No. 42 ranked singles player in the nation as well as the No. 25 ranked doubles player in the nation. Within the community, Steiner volunteered at his church at least 10 hours a week mentoring high school students. He was also the Chaplain for his Resident Hall and next year, he will be the student body Chaplain for the entire IWU campus. This summer, he is planning on going to Costa Rica to a Spanish Language training school so that he can better communicate with our Latino players.

As a highly sought-after recruit, Gregg joined the Holy Cross College team this season and immediately made an impact helping the team achieve their first top-25 ranking in program history. Gregg finished his freshman season as the No. 6 ranked singles player in the nation.

Ever since stepping foot on the SDCC campus, Papa has been a dominant force in the lineup, playing No. 1 Singles and No. 1 Doubles all 3 years. He won the ITA Cup National Championship in Doubles with partner Ivan Smith in his freshman year. He has been voted Player of the Year for both 2021 and 2022 by the GSAC Conference and voted to the GSAC All-Conference team all 3 years. Papa went undefeated this year in conference and non-conference play at 18-0 and finished the season ranked as the No. 3 ranked singles player in the nation.