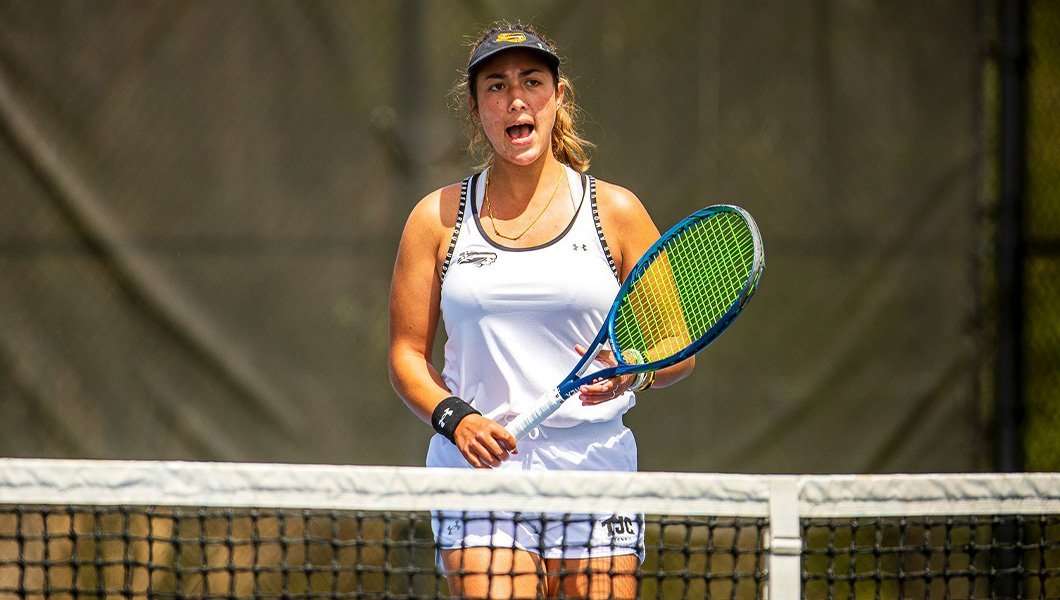 Now in his 12th season as the Head Men’s and Women’s coach at TJC, Dash Connell led the TJC Women’s team to yet another strong season in 2022 as they went undefeated in conference matches and won the Southwest JUCO Tournament held at Collin in April. In addition to these accolades, the women’s team has also had several competitive performances against D1 and D2 schools and took home another NJCAA National Championship this past May.

As a former collegiate tennis player herself, Rives has transitioned to coaching with ease and has helped take the Hillsborough program to new heights. Leading the Lady Hawks to a Florida State Tennis Tournament Championship in 2022, Rives and Hillsborough would go on to put in a great effort in the NJCAA National Tournament where they would finish National Runners-Up.

Bryan has been a two-year player in both MCC’s singles and doubles lineups. Last year she stepped up and played No. 2 singles and No. 1 doubles the majority of the season, while this season she has mainly played No. 5 singles and No. 3 doubles. Off the court, Bryan has a cumulative GPA for both years at MCC of 4.0. She has been named the MCC’s Female Scholastic Athlete of the Year, NJCAA All-Academic Team, All-State Academic team, Transfer Pathway Scholar – First Team, and Coca-Cola Academic Team Bronze Scholar Award.

Ana Julissa De Mata has had a phenomenal freshmen season for the MCC Eagles at the #1 Singles and #1 Doubles position. She was the ITA NJCAA Southern Singles and Doubles champion this fall and competed in the ITA Cup in Rome, GA. Julissa De Mata had a 16-1 in Conference Singles record and a 26-2 overall record at No. 1 singles position. In doubles, she posted a 13-1 record in Conference Doubles and 23-5 overall record at the No. 1 doubles position. She wraps up her freshman season as the No. 15 ranked singles player in the nation and the No. 8 ranked doubles player in the nation.

After transferring in from a small Division II school prior to this season, Wild made the most of her one season at the JUCO level growing in every area of her game. Going 17-10 in singles and 21-11 in doubles during the 2021-22 season, Wild achieved a third-place finish at the Women’s Doubles ITA Cup competition in the fall before taking down some strong Division I and Division II opponents in the spring. 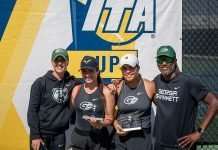