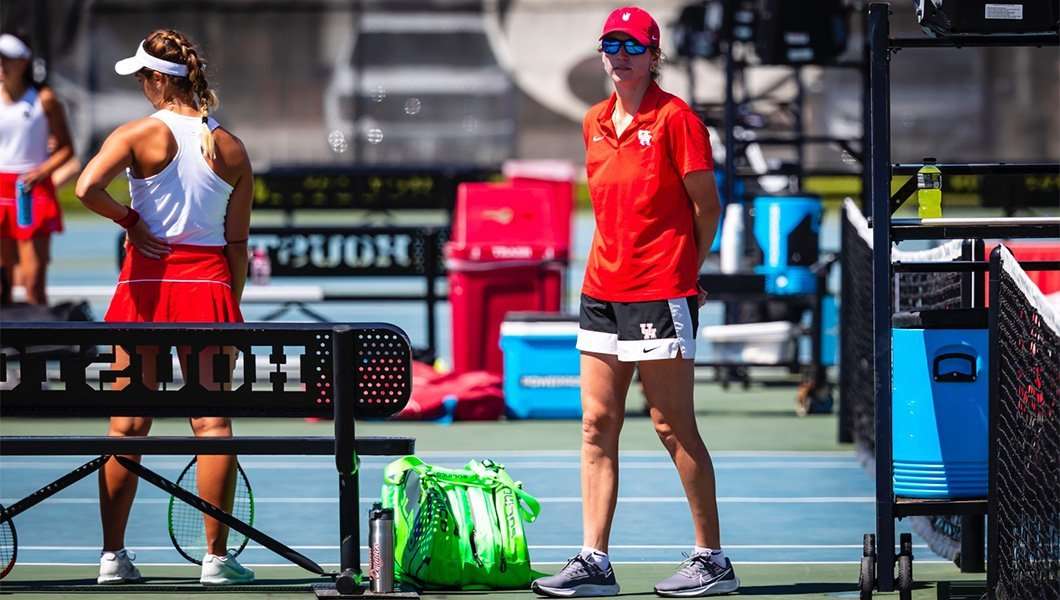 Helena Besovic, her life laid out a different blueprint than that of the traditional woman born and raised in the United States. A native of Sarajevo, Bosnia, Besovic, Houston’s tennis head coach, moved across the Atlantic Ocean, and first attended Ouachita Baptist before becoming one of TCU’s most decorated tennis student-athletes. Besovic ranked as high as 21st nationally in singles and eighth nationally in doubles while at TCU. After seven years as an assistant coach at Missouri from 2008-2015, Besovic accepted the head coaching job at McNeese before making her way to Houston four years later. In four years at Houston, Besovic has led her teams to a 52-31 record and has produced winning seasons in each of her eight seasons as a head coach. To embrace and celebrate 50 years of Title IX, we met with Besovic to get her thoughts on the historical bill.

Houston Athletics: What does Title IX mean to you?

Helena Besovic: It’s extremely important to me. Title IX has given women more opportunities in sport and I think it’s something we need to stay educated on. So, I would say for me, as a female coach, a coach for women, I think it’s very important.

UH: What do you think are some misconceptions about Title IX?

HB: I would say that sometimes people think that female athletes are taking away from male athletes. It all really comes down to equal opportunities.

UH: What impact did sports have on you growing up?

HB: It had a huge impact. Especially for female athletes, playing sports really helps you with leadership skills and it allows you to get out of your comfort zone. I would say sports have given me so many opportunities to be able to travel, go to different countries, meet people from all over the world and in general it really helps you become more confident in yourself.

HB: I think it’s pretty amazing to have this opportunity. I was a student-athlete at some point too, and now to be able to be in this position of coaching and giving back, it’s bigger than just sports. I feel like I have a role with a lot of responsibility. It’s an amazing opportunity.

UH: How do you think women’s sports and opportunities have grown since Title IX?

HB: I really think Title IX has had an impact and has been able to give us many opportunities for women in the coaching world as well. We see more female coaches, although I would like to see even more of us getting into this profession, but it’s helped a lot and it’s given us opportunities.

UH: What can be done to continue to grow opportunities for women in sports?

HB: I think it is just educating people and informing people to understand what Title IX really means and celebrating it and understanding that this is something that we make sure keeps giving opportunities to girls, young girls and women in the sports world.

UH: If you could say anything to Representative Patsy Mink of Hawaii, the author of Title IX, what would say to her?

HB: I would thank her for everything she has done. She’s made a huge impact on all of us and now it’s on us to continue fighting for Title IX and continue bringing up different issues and trying to make sure that girls and women continue having these opportunities in sports. [Opportunities] are very important, and I find it in my student-athletes, being able to participate in a sport makes you just overall a better person. [Athletics] prepares you for life, and so I see them go and become great leaders in their professions or in their careers outside of sports, and that’s really important to have those young women go and be leaders in many different areas.