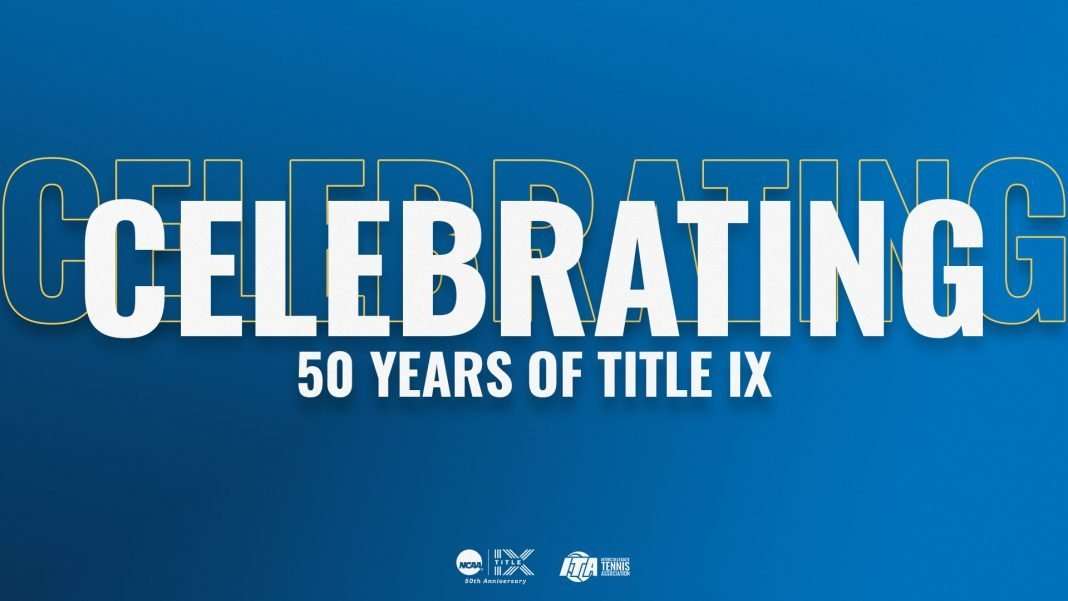 On this date 50 years ago, 37 words would change the course of women’s rights and begin the push for equal rights in both academics and athletics that are still ongoing to this day.

Passed within the 1972 Educational Amendment, Title IX states, “No person in the United States shall, on the basis of sex, be excluded from participation in, be denied the benefits of, or be subjected to discrimination under any education program or activity receiving Federal financial assistance.”

With many ties to the sport of tennis and some of its brightest stars, former California State, Los Angeles student-athlete, and later world No. 1, Billie Jean King, is revered as one of the most influential voices in pushing for equal rights between sexes in both academics and athletics.

King would take to Capitol Hill to lobby for Title IX in 1972 and her efforts helped ensure this legislation was passed and a more positive future could be achieved both on and off the courts.

“The sport of tennis is grateful for and has been the beneficiary of the leadership of a great friend of the ITA, Billie Jean King,” said Dr. Timothy Russell, the Chief Executive Officer of the Intercollegiate Tennis Association. “Title IX changed the landscape of our country and the world of college athletics forever.”

Within college tennis, this boom of women’s participation in sports was greatly felt as just five years after Title IX’s passing, the number of programs supporting women’s tennis increased by over 125% compared to 1972.

The Cardinal of Stanford took home this inaugural NCAA National Championship in 1982, taking down UCLA 6-3 in Salt Lake City.

Today, not only are more and more women reaping the benefits of Title IX, but coaches are beginning to as well, with female coaches leading teams and programs all across the country.

Currently, there are over 250 female head coaches across all five divisions of college tennis with several in charge of both the men’s and women’s tennis programs at their institution. The ITA continues to work to promote a more diverse sport, which includes lifting up women coaches and coaches of color. CEO Russell reminds us all that, “While progress has been made since the passage of Title IX, there is still much work to be done when it comes to seeking gender equity in our sport.”