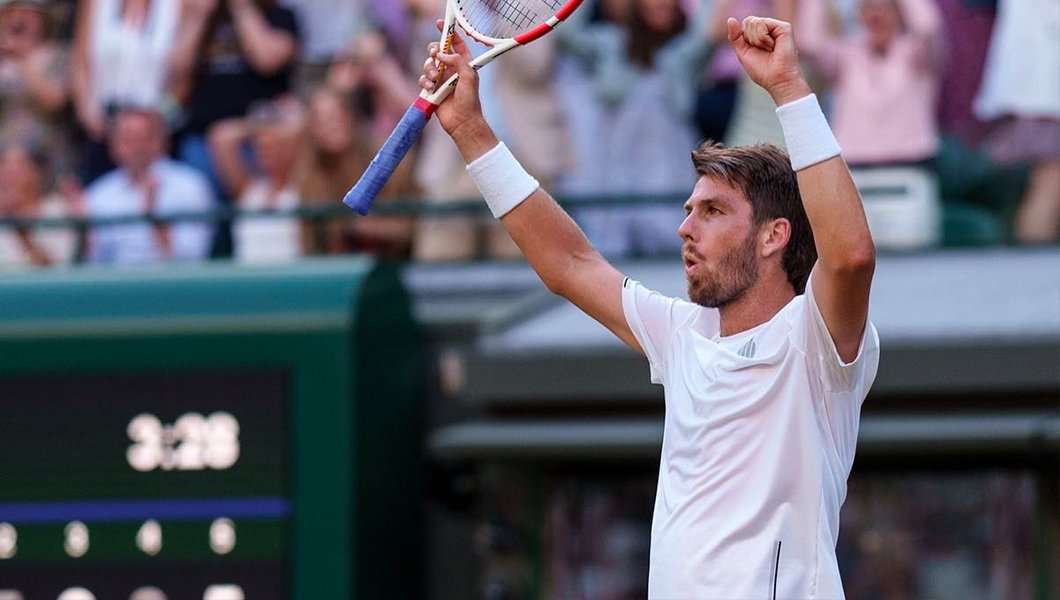 After having over 70 former collegiate student-athletes make main draw appearances at Wimbledon in 2022, several still remain playing as we reach the final days of competition from the third Grand Slam Tournament of the season.

Within the Men’s Singles Draw, former TCU standout Cameron Norrie is still competing as he is set to take on world No. 1 Novak Djokovic in the Semifinals tomorrow, July 8th at 8:30 am (EST).

Rolling through some of the world’s top players in front of his home nation, Norrie becomes just the third collegiate alum in the 21st century to reach a Grand Slam Semifinal, joining the likes of Kevin Anderson (Illinois) and John Isner (Georgia).

In the Women’s Doubles Draw, the tandem of Danielle Collins (Florida/Virginia) and Desirae Krawczyk (Arizona State) have already taken down the No. 16, No. 11, and No. 3 seeded doubles teams en route to their Semifinal appearance.

The duo are slated to take on the Women’s Doubles No. 1 seed, Elise Mertens and Shuai Zhang, for a spot in the Finals.

For the Men, in Doubles play, top-seeded duo of Rajeev Ram (Illinois) and Joe Salisbury (Memphis) made a deep run into the Semifinals before dropping a five set thriller to Matthew Ebden and partner Max Purcell.

On the other side of the bracket, former USC standout Robert Farah has also reached the Semifinals of the Men’s Doubles Draw at Wimbledon with partner and fellow Columbian Juan Sebastian Cabal.

The pairing will get their shot to advance to the Finals by taking on the second-seeded pair in the Tournament in Nikola Mektic and Mate Pavic.

Finally, in the Mixed Doubles Draw, Neal Skupski (LSU) and partner Desirae Krawczyk (Arizona State) have reached the Finals after dominating throughout the competition.

Facing the unseeded duo of Matthew Ebden and Samantha Stosur, the duo will be looking to take home their second consecutive Wimbledon Mixed Doubles Title after winning in 2021 against Harriet Dart and Joe Salisbury.