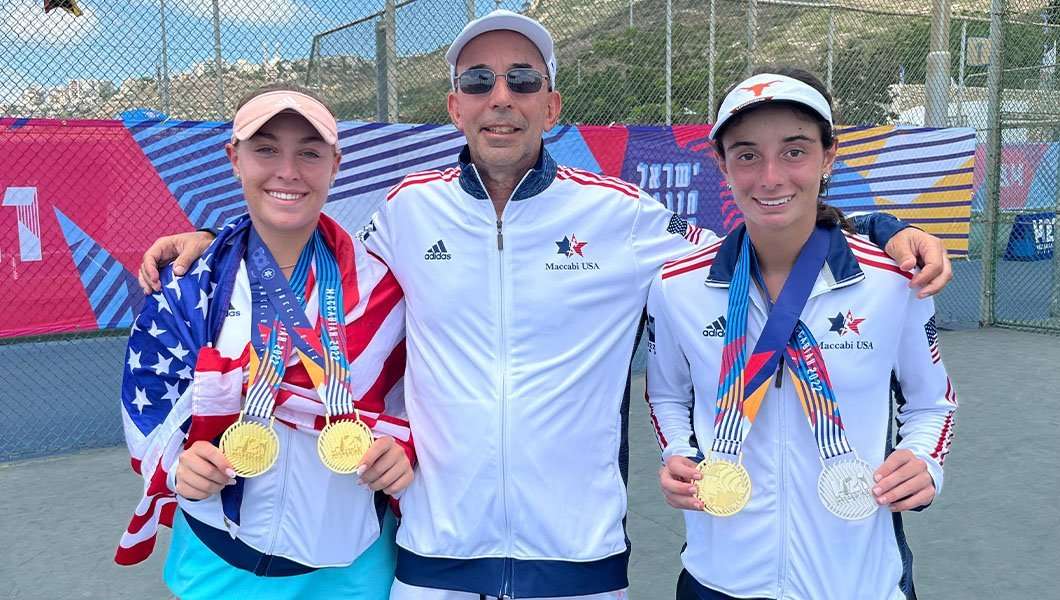 The Maccabiah Games is Israel’s largest sporting event and brings together over 10,000 Jewish athletes from over 60 countries around the world. In 2022, two rising stars in the women’s college tennis scene took part in the Games, sweeping the U18 Singles and Doubles Medals.

Alexis Blokhina (Stanford, ‘26) and Vivian Ovrootsky (Texas, ‘25) each represented Team USA in the 2022 Games and cruised through the juniors field which had over 170 participants to reach the singles finals while teaming up in doubles to reach the doubles final as well.

As an incoming freshman at Stanford, Blokhina went unbeaten in pool play to qualify for the Gold Medal draw where she would face off with Ovrootsky for the Medal. After winning the first set 6-2 over Ovrootsky, Blokhina would hold off a strong push in the second set to take home Gold while Ovrootsky would earn Silver.

Ovrootsky, who was a part of the Texas team who took home the 2022 NCAA Division I Women’s National Championship, continued her winning ways this summer taking home a Gold Medal in Doubles with Blokhina, and as forementioned, a Silver Medal in the singles draw.

Dominating throughout, Ovrootsky and Blokhina would only drop five games across four matches to add to their medal count for the 2022 Games.

​​”Alexis and Vivian were magnificent throughout the Games,” stated the U18 US Tennis Coach Ira Miller. “Each player showed variety and all-court skills that foreshadows a great near future for American women playing college tennis.”

Both Ovrootsky and Blokhina will now return to their respective college campuses this fall where they will each look to make a big impact on their team in both the fall and spring seasons.