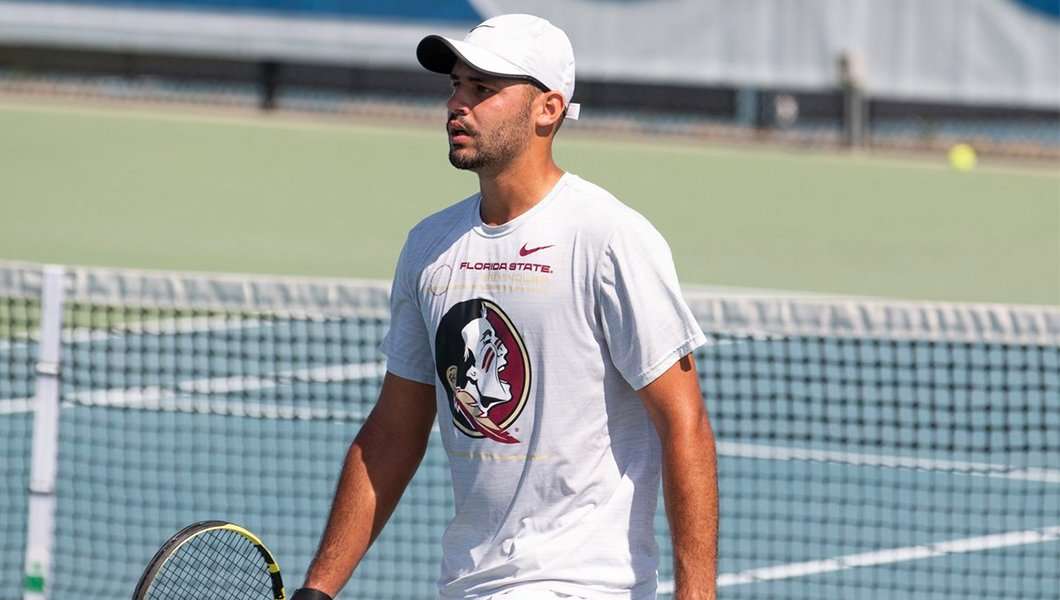 The 2022 ITA Tennis-Point National Summer Championships powered by Universal Tennis are set to get underway this Friday at the Scott Speicher Memorial Tennis Center on the campus of Florida State University.

Featuring some of the top collegiate players from around the country, this year’s tournament will once again feature both singles and doubles play with the singles draws including 64 women and 64 men players, while the doubles draws will be a 32-draw.

With a spot in the upcoming ITA Men’s and Women’s All-American Championships on the line, the 2022 tournament field is as deep as ever with a majority of the field being current collegiate athletes. Below, we will take a look at some of the top seeds in this year’s tournament as we near the start of play.

The top seeds on both the men’s and women’s sides of play are listed below!

As the top seed in the tournament, Anika Yarlagadda is looking to claim her fourth National Championship during her time at North Carolina as the senior has been apart of three ITA National Team Indoor Championships with the Tar Heels. Playing her best tennis to date in the 2021-22 season, Yarlagadda ranked as high as No. 57 in the ITA Collegiate Tennis Rankings sponsored by Tennis-Point, compiling a 29-8 overall singles record on the year.

Serving as the Badgers No. 1 singles player for the majority of the year in 2021-22, Ava Markham will look to continue her momentum from the previous season into the summer as she looks for her first National Title. Finishing with a 16-5 singles record this past year, Markham earned multiple upset wins in the spring, taking down the No. 11 ranked singles player Kari Miller of Michigan and No. 18 ranked singles player Salma Ewing of USC.

As another college tennis standout, Kansas’s Malkia Ngounoue put together her best season of play in 2021-22, earning First Team All Big-12 Singles honors for her efforts from the Jayhawks No. 2 singles position. Finishing with eight singles wins on the season, Ngounoue notched wins against #10 Baylor as well as Kansas State to help Kansas advance to the semifinals of the Big-12 Championship and ultimately a berth into the 2022 NCAA Tournament.

Putting together one of the top seasons from a freshman across the country in 2022, Michigan’s Julia Fliegner will look to take her next step in her collegiate career at the National Summer Championships when she will try to take home her first National Championship. Named to the Big-Ten All-Tournament Team in 2022, Fliengner was an integral part of the Wolverines taking home the Big-Ten Tournament Championship this past spring, finishing 29-8 in singles action on the season which was the second most wins on the team.

Rounding out the top five seeds for the 2022 National Summer Championships is Baylor’s Alina Scherbinina who has already gotten off to a fast start this summer, finishing tied for first in the Summer Circuit Points Race Standings. As a freshman in 2022, Scherbinina earned All Big-12 Second Team Honors while being named to the Big-12 All-Freshman Team for her outstanding play for the Bears. Scherbinina led Baylor in singles wins with 25 on the year, while finishing 19-4 this past spring with a 13-3 record on court four.

The 2021 ITA National Summer Championship Men’s Singles Champion is back again in 2022 as the Michigan rising junior, Jacob Bickersteth, will look to become just the second repeat winner in the men’s singles tournament history. While at Michigan this past season, Bickersteth earned First-Team All Big-Ten honors after finishing with an impressive 24-9 singles record over all competition this past year. Bickersteth finished the spring season ranked No. 74 in the ITA Collegiate Tennis Rankings sponsored by Tennis-Point while ranking as high as No. 43 during the season.

As a rising senior at NC State, Martins Rocens is looking to claim his first collegiate National Championship the week as he competes as the No. 2 seed in the ITA National Summer Championships. The experienced player was a standout in doubles this past season for the Wolfpack, achieving a season-high No. 15 doubles rank with partner Fons Van Sambeek. However, not slacking in singles play either, Rocens played in the top half of the NC State lineup nearly the entire spring season, including finishing with an impressive 5-1 record from the No. 3 singles position.

After putting together his best season to date in 2021-22, Northwestern’s Trice Pickens will look to start his 2022-23 campaign on a high note as he enters the ITA National Summer Championships as one of the top seeds in the tournament. Compiling a 15-5 record this past spring at Northwestern, Pickens finished second on the team in wins playing primarily from the No. 3 singles position for the Wildcats.

As the only player from the host institution Florida State within the top-five seeds on either the men’s or women’s side of play, Youcef Rihane will look to make a deep run in this year’s tournament on his home courts. Tying for the team lead in singles wins in the 2021-22 season, Rihane including winning three straight ACC matches in singles against ranked teams with victories over No. 40 Duke, No. 31 North Carolina, and No. 23 Notre Dame.