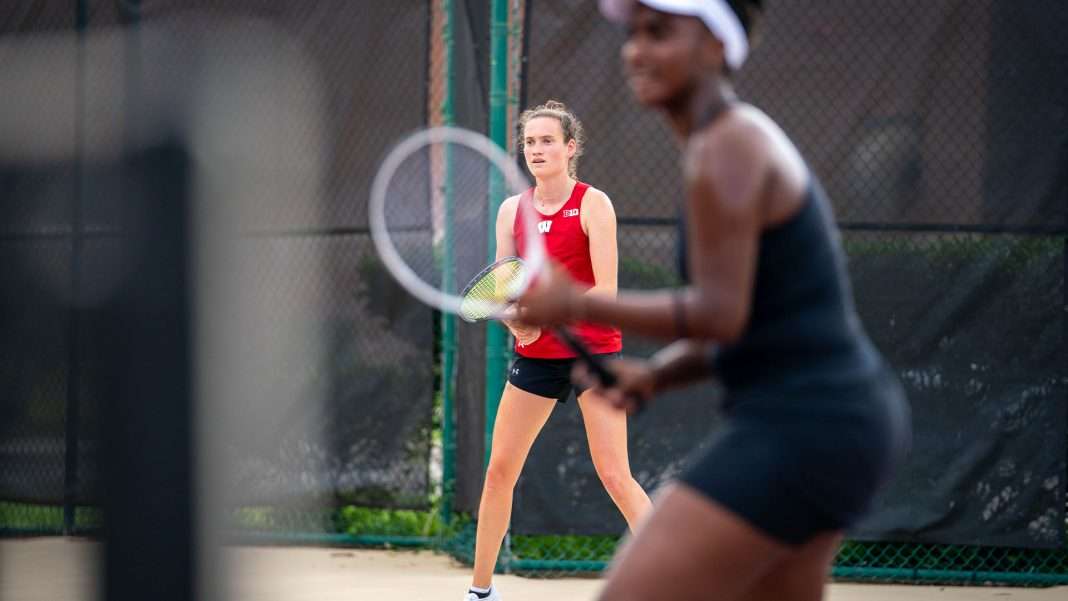 In singles play on the women’s side, the top seeds within the tournament have been flourishnig as Ava Markham (Wisconsin), Malkia Ngounoue (Kansas), Julia Fliegner (Michigan), and Alina Shcherbinina (Baylor) who all cruised to straight-set victories on the second day of competition.

Across the entire women’s singles draw, twelve of the final sixteen singles players come from the collegiate level with Wisconsin having the most remaining representatives as four players are still alive in the tournament.

On the men’s side, the top seeds faired similarly to those on the women’s side of play as Antoine Cornut Chauvinc (Florida State), Jacob Bickersteth (Michigan), Martins Rocens (NC State), Trice Pickens (Northwestern), and Youcef Rihane (Florida State) all clinched their spots into the round of sixteen.

In the men’s draw, fourteen of the sixteen finalists come from the collegiate level including Jack Mattox who comes from the Division III institution, Redlands, and is the only Non-Division I player left in either the men’s or women’s singles draw.

In doubles, it is a tale of the top seeds once again as both Ava Markham and Ariel Johnson (Wisconsin) as well as Lauren Friedman and Alina Shcherbinina (Baylor) each advance to the elite eight, while all of the remaining top eight seeds also picked up victories today to advance in the tournament.

For the men, the top seeds of Maks Silagy and Antoine Cornut Chauvinc (Florida State) have punched their ticket to the round of eight, and across the entire doubles draw, it has been pretty smooth sailing for the top seeds as seven of the final eight teams were all top seeds.

Action is set to continue tomorrow from the Scott Speicher Memorial Tennis Center with two rounds of singles play and one round of doubles play scheduled.