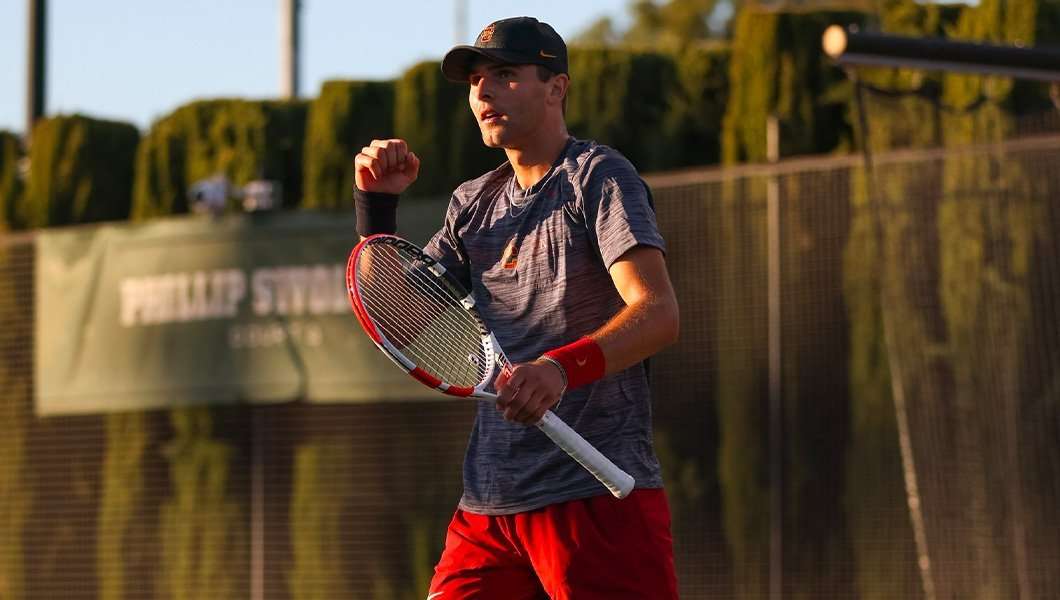 As fall quickly approaches and students continue to arrive back on campus, the first Division I Men’s ITA Collegiate Tennis National Rankings sponsored by Tennis-Point have been released for Preseason Singles, Doubles, and Newcomer Rankings.

The top spot in the September 6th Preseason Singles Rankings went to the standout senior from the University of Southern California, Stefan Dostanic, who took his game to a new level in the 2021-22 season. Finishing 39-6 from the No. 1 singles position, Dostanic was named the 2022 Pac-12 Player of the Year, an ITA All-American in both Singles and Doubles, while also being selected as the Pac-12 Doubles Team of the Year.

Dostanic, who was selected to the USTA Collegiate Summer Team this past summer, was one of just five collegiate men’s players selected in part of this program where he gained valuable experience in ITF events, including two finals appearances at the 25k Tournaments in Tulsa and Champaign.

Rounding out the Top Five of the Preseason Singles Rankings are Gabriel Diallo (Kentucky), Cannon Kingsley (Ohio State), Inaki Montes de la Torre (Virginia), and Luc Fomba (TCU) who all return for the 2022-23 season after each earned ITA All-American status in singles last season for their distinguished play.

In Doubles, it is Luc Fomba and Jacob Fearnley (TCU) earning the top spot after the junior and senior duo earned ITA All-American honors in Doubles after a dominant season in 2021-22. Finishing as the No. 2 ranked team in the final Division I Men’s ITA Collegiate Tennis National Rankings last season, the duo finished 19-5 from the Horned Frogs No. 1 position last season, including a 9-1 mark against nationally ranked opponents.

This team of Fomba and Fearnley make up one of two TCU doubles teams in the Top Five of the Sep. 6th Preseason Rankings as Sander Jong and Lui Maxted come in at No. 3, just behind the USC team of Stefan Dostanic and Bradley Frye.

Across the Freshman and Newcomer Rankings, Georgia redshirt freshman Ethan Quinn will come in at the top spot after a dominant summer in which he took down many high-level players in both tour and junior events. As the unanimous No. 1 junior prospect in the nation entering his freshman campaign, Quinn earned a spot in the 2022 US Open Qualifying Draw in singles and open draw in doubles after winning the USTA Boys’ 18 National Championship in doubles and finishing as the runner-up in singles.

At the 2022 US Open, Quinn took down the No. 175 player on the ATP Tour, Ernesto Escobedo, in his first-round qualifying match. Across the entire summer, Quinn would reach the Finals of three ITF events, winning two championships, including the singles title at the 25K Tournament in Champaign.