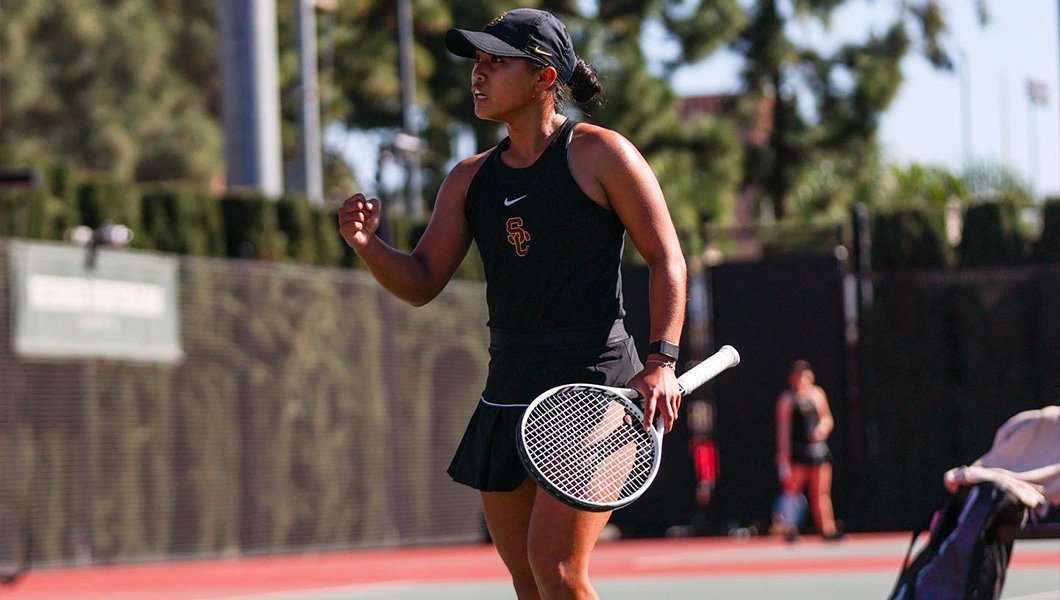 With a new season right on the horizon, the first Division I Women’s ITA Collegiate Tennis National Rankings sponsored by Tennis-Point have been released for Preseason Singles, Doubles, and Newcomer rankings.

In singles, it will be Eryn Cayetano from the University of Southern California who takes home the top spot in the Preseason Rankings. The rising senior was the 2021 ITA National Fall Singles Champion while in the spring, Cayetano earned ITA All-American honors in singles after finishing No. 3 in the final Division I Women’s ITA Collegiate Tennis National Rankings.

Reaching the Quarterfinals of the 2022 NCAA Singles Championship, Cayetano was one of only five collegiate women’s players to be selected to the 2022 USTA Collegiate Summer Team. Playing in numerous ITF Tournaments over the summer, Cayetano would take home two 15K Championships, earning her highest-ranked win over the No. 580 ranked player in the WTA Singles Rankings at the ITF 15K in Cancun.

The remaining Top Five of the Preseason Singles Rankings include; Sarah Hamner (South Carolina), Daria Frayman (Princeton), Layne Sleeth (Oklahoma), and Chloe Beck (Duke) who all return in 2022-23 after finishing as All-Americans and in the Top-Ten of the ITA Collegiate Tennis Singles Rankings last season.

The September 6th Doubles Rankings see Carol Lee and Kate Sharabura (Georgia Tech) lay claim to the top spot. Finishing as the No. 5 ranked pair in the final ITA Collegiate Tennis Doubles Rankings last season, the duo of Lee and Sharabura would earn ITA All-American honors for their outstanding play in 2022-23.

With a 22-6 overall record and 17-3 dual-match record primarily from the No. 1 position in the Yellow Jackets lineup, the pairing finished 6-4 against nationally ranked opponents last season and will be one of two Georgia Tech doubles teams in the Top Ten of the Preseason Doubles Rankings.

Diana Shnaider, who will be an incoming freshman at NC State this season, takes claim to the No. 1 ranking in the September 6th Freshman and Newcomer Rankings after coming in as the highest-ranked recruit in Wolfpack history. A native of Russia, Shnaider achieved a personal-best ITF Juniors combined ranking of No. 2 and is currently No. 246 in singles and No. 325 in doubles in the WTA Rankings.

Across the remaining Top-Five of the Newcomer Rankings, Reece Brantmeier (North Carolina), Daria Kudashova (Oklahoma), Nicole Khirin (Texas), and Alexis Blokhina (Stanford) will all look to make an instant impact this season after each compiled an impressive juniors resume before enrolling in college.